Turmeric (Curcuma longa) is a culinary spice – and a relative of ginger – that is a featured ingredient in Indian curry dishes. It is also what makes American mustard’s color a distinctive bright yellow. Turmeric has been used in medicinal and culinary settings for centuries, and is prized for its anti-inflammatory properties. The chief active component of turmeric is curcumin, which is usually taken as a supplement.

Turmeric tea is the traditional favorite drink in Okinawa, and may be linked to the long life span of the residents there – some of the longest-living people on the planet.

Numerous studies have shown the anti-inflammatory effects turmeric and curcumin provide, including:

Turmeric may also be useful as an anti-depressant.

Why Is Ginger Good For You?

Ginger is a root of the Zingiber officinale plant. A natural anti-inflammatory agent prized for its ability to address nausea and digestive issues, medicinally ginger has been used to relieve symptoms associated with motion sickness, arthritis, bursitis, and more. As a culinary spice ginger is popular in Asian and Eastern dishes, and adds a zesty, spicy flavor profile to foods.

The Health Benefits of Black Pepper

Black pepper (Piper nigrum) is native to Asia and the most popular spice in the world. Black pepper is the whole, partially ripened fruit of the pepper plant, and offers up a variety of health benefits: not only is it is a proven antibacterial agent, but it has the potential to protect against cancer, as the compounds in this spice help protect the integrity of DNA.

Getting The Health Benefits Of Turmeric

Turmeric and curcumin are poorly absorbed from the G.I. tract, but taking turmeric along with piperine enhances absorption. Piperine is a constituent of black pepper, and Indian cuisine often uses turmeric and pepper together. This Golden Milk recipe includes black pepper, to enhance the health benefits of turmeric. 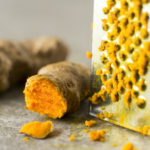 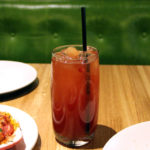