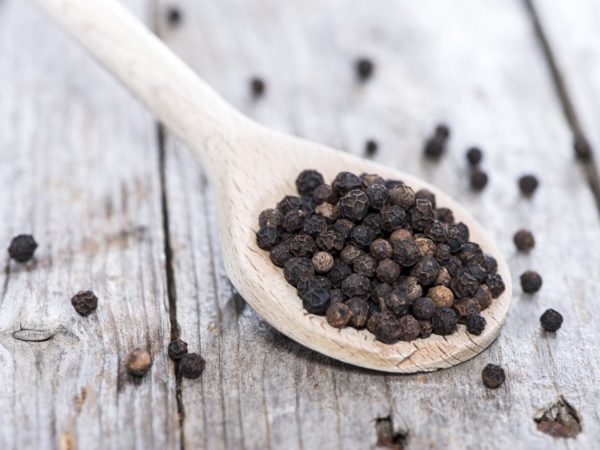 Black pepper is perhaps the best-loved and most widely used spice in the world, adding both heat and depth of flavor to nearly any dish. It comes from the berries of the pepper plant (Piper nigrum), native to Asia, which also produces green and white peppercorns. Black pepper is the whole, partially ripened fruit. Green pepper is the unripe fruit and white pepper is the peeled seed. (Pink peppercorns are not true pepper. They are the dried berries of the Brazilian pepper tree and are not recommended due to a wide range of side effects: causing headaches, swollen eyelids, shortness of breath, chest pains, sore throat, hoarseness, upset stomach, diarrhea or hemorrhoids in certain people.)

Black pepper was seen as so valuable during the Middle Ages that it helped lay the foundations of modern world culture. It catalyzed the spice trade, led to the exploration of undiscovered lands, and spurred the development of merchant cities in the Middle East and Europe. Black pepper has been used as currency (to pay taxes, private debts and ransoms, among other transactions), presented to gods as a sacred offering, and given to the invading barbarians during the fall of ancient Rome. Two big reasons for this universal esteem: pepper added spice to common, inexpensive food that was often bland, and it could mask stale or spoiled flavors, important when food preservation wasn’t available.

Medicinally, black pepper has been known to help calm digestive issues – it helps signal the stomach to produce more hydrochloric acid, which aids in protein digestion. This, in turn, can help address heartburn, indigestion, gas, diarrhea and constipation. Black pepper can also promote detoxification via sweating and increased urination, while the outer layer of peppercorns facilitates the breakdown of fat cells. Additionally, black pepper has been used orally to treat bronchitis, to improve blood circulation and as a thermogenic aid to warm the body. Topically, it has been used to treat scabies and to counteract nerve-related pain.

Black Pepper In The Kitchen

From a culinary standpoint, black pepper’s uses are almost endless, but some traditional suggestions include coating meats with crushed peppercorns; adding pepper to warm beverages such as chai tea; sprinkling on freshly cut fruit for a spicy kick; and grinding pepper into a bowl of olive oil with balsamic vinegar to create a dipping sauce for bread and vegetables.

For the best flavor, choose whole peppercorns that you can mill before adding to dishes. Whole peppercorns ensure that you are getting only pepper – not a blend of pepper and other spices. Look for peppercorns that are heavy and compact. When kept in a sealed container away from light and heat, they will last indefinitely. Crushed pepper keeps well for roughly three months.

When cooking, add pepper just before removing the dish from heat to ensure best flavor.

Piperine, the alkaloid responsible for black pepper’s sharp taste, appears to be responsible for some of its reputed health benefits. Piperine has another valuable attribute: it enhances the absorption and the anti-inflammatory effects of turmeric, which is in turn associated with reduced risks of cancer and Alzheimer’s disease. This synergistic relationship has probably been noted in India for centuries, explaining the common Indian culinary practice of using turmeric and black pepper together to season foods.

When dining out, I generally don’t let waiters grind pepper mills over my food at restaurants until I taste it first. For a hot spice, I prefer red pepper, which comes from a different plant (Capsicum spp). 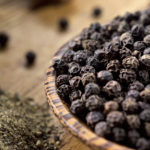 Easy on the Black Pepper? 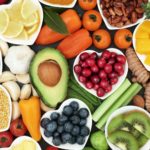 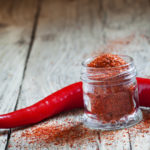