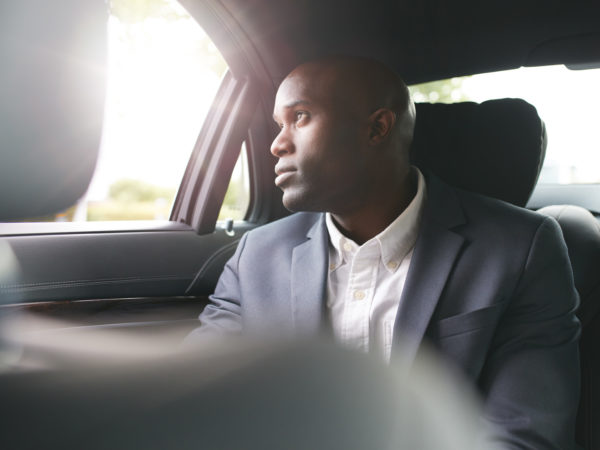 What is motion sickness?
Motion sickness occurs when the brain receives conflicting messages from the inner ears, eyes, and other parts of the body in response to motion, most often during some kind of travel. Effects may vary from mild nausea to severe distress and incapacitation.

What are the symptoms?
Commonly, the first symptom of motion sickness is a feeling of uneasiness, leading to the onset of nausea (a queasy, wave-like feeling in the stomach and head). This may come on quite suddenly, and often includes the urge to throw up, but does not always lead to vomiting. One may become pale, have abdominal discomfort, dizziness and break out in a cold sweat. The digestive action of the stomach decreases, causing delayed emptying of its contents. In some individuals the waves of nausea are so strong that continuous retching can occur. The dizziness and vertigo can also become intense and completely prevent normal functioning.

There is considerable variation in the tendency to become motion sick – some people are incapacitated by it, others seem completely immune to it (pilots term these lucky individuals “lead heads.”) There can also be a habituation effect – a person may, for example, begin an ocean cruise beset by motion sickness, but acquire “sea legs” over a period of hours or days that make the symptoms less severe, or even vanish.

What are the causes?
Conflicting signals from motion-sensing organs of the body, including the inner ear and eyes, are typically generated by movement such as riding in a car, airplane, or on a boat. For example, when you feel turbulence on a plane, your eyes don’t see what’s happening to cause the motion. Your brain gets one message from your inner ear, which senses the movement from turbulence, but an opposing message from your eyes, which see only the unmoving interior of the plane. The same phenomenon can happen in reverse, such as when your body is apparently motionless but your eyes see movement (as in a movie’s car-chase scene, for example). The vestibular system (sensing head position and movement) resides inside the middle ear and plays a central role in both balance and motion sickness, but proprioreceptors (touch) and visual receptors also contribute to messages about where your body is in space.

What is the conventional treatment?
There are two types of medications commonly used to treat motion sickness: anticholinergics and antihistamines. Anticholinergics work by slowing down the messages related to the parasympathetic nervous system (also known as the involuntary nervous system) coming and going from the brain. Antihistamines help control motion sickness by influencing the part of the brain that controls nausea and vomiting.

Scopalomine (an anticholinergic drug) is generally used as a skin patch placed behind the ear [moved] for long trips, however, it can also be taken orally. For best results, it should be applied 8 hours before traveling. One patch is typically adequate for 3 days, then should be changed. The oral form should be taken at least 30 to 60 minutes prior to travel, and lasts six to eight hours. It tends to produce more side effects than the transdermal form, and is therefore limited to short trips, or to bridge the gap between when the patch is put on and when it starts to become effective. Common side effects are dry mouth, vision disturbances (blurriness or inability to read close-up), and a increased  heart rate.

Antihistamines include diphenhydramine (Benadryl), dimenhydrinate (Dramamine) and cyclizine (Marezine) and can be unpleasantly sedating. Promethazine (Phenergan) is an anti nausea drug that is commonly prescribed for motion sickness and causes the most sleepiness. It can also lead to dizziness and feeling off-balance. Meclizine (Antivert), also used to treat vertigo, is less sedating and can be taken as a single daily dose.

Because the drugs used to treat motion sickness can cause some degree of drowsiness, it is very important to avoid alcohol, which may have an additive effect, and not drive or operate machinery until the effects of these medications are known. People who have illnesses related to the central nervous system or who are using medications that affect the central nervous system should not take anti-cholenergics or anti-histamines without talking to their doctor.

What therapies does Dr. Weil recommend for motion sickness?
You may be able to prevent or at least reduce motion sickness by making sure your eyes see what your inner ear feels. When traveling by car, either drive or ride in the front seat. On board an airplane, choose a seat over the wings, where you’re least likely to feel motion. Ask for a window seat and look out. Keep your head still by resting it on the headrest. If your excursion is by ship, request a cabin in the forward or middle of the ship or on the upper deck; and spend as much time as possible on deck watching the horizon.

Another useful remedy is ginger, which Dr. Weil believes to be more effective than Dramamine for motion sickness, with the added benefit of not causing drowsiness. He recommends mixing a half teaspoon of ginger powder in a glass of water and drinking it 20 minutes before travel, or taking two capsules of powdered ginger. He also recommends packing some gingersnap cookies or ginger candy and keeping ginger ale on hand when possible to help quell mild nausea caused by motion sickness. If you can’t find ginger ale that actually contains ginger, make some yourself with ginger syrup and seltzer water.

Finally, the American Academy of Pediatrics suggests trying to deal with motion sickness in children by focusing youngsters’ attention away from their queasiness. Listen to the radio or tapes, watch movies, sing or talk. Also, direct their attention at things outside the car, not at books or games, and make sure that they look out the front windows, where the apparent motion of objects is less.