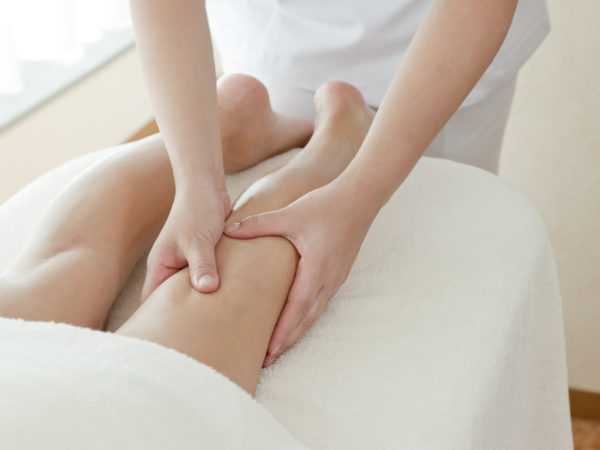 What is acupressure?
Acupressure is a therapy developed over 5,000 years ago as an important aspect of Asian, especially Chinese, medicine. It uses precise finger placement and pressure over specific points along the body. These points follow specific channels, known as meridians – the same channels used in acupuncture. According to Asian medical philosophy, activation of these points with pressure (or needles) can improve blood flow, release tension, and enhance or unblock life-energy, known in China as “qi” or in the English-speaking world as “chi.” This release allows energy to flow more freely through the meridians, promoting relaxation, healing and the restoration of proper function.

It should be noted that the existence of qi and meridians is doubted by many Western scientists. According to this skeptical view, any healing effect from acupuncture or acupressure sessions is not due to the alteration of subtle energy flows along invisible channels, but rather to the same gross physical effects that happen during any kind of massage therapy, including muscular relaxation and improved regional blood flow.

What conditions is acupressure used for?
Acupressure therapy can be used to relieve pain, reduce tension in muscles, improve circulation and promote deep states of relaxation. It is often done by massage therapists and other bodyworkers, but can also be learned as a technique to be done oneself. Individuals can be treated, then trained in various self-care applications and pressure-point formulas for specific conditions. These include nausea and vomiting, motion sickness, headaches, neck and back pain, as well as chronic fatigue, fibromyalgia, mental and emotional stress, even addiction recovery and learning disorders.

For centuries, the Chinese have used acupressure points as a beauty treatment to enhance muscle tone and increase circulation, especially of facial muscles. This can reportedly improve the condition and appearance of the skin, lessening wrinkles and sagging of the face without drugs or surgery, although clinical trials are needed to confirm this. Acupressure points have also been employed to increase arousal, decrease sexual tension and reportedly aid in alleviating sexual dysfunction, including infertility, decreased sexual desire, premature ejaculation, and impotency.

What should one expect on a visit to a practitioner?
An acupressure session is typically performed with the patient lying on a massage table, though it can be used in conjunction with exercises such as tai chi or qi gong. As stated, one can also learn acupressure as a self-care strategy, utilizing the techniques any time it is desired.

Typical sessions with a practitioner might last 45-90 minutes and are often done in conjunction with some form of massage therapy. This means that the same acupressure points may be manipulated with various rhythms and pressures, using the fingers, hands, arms, elbows, even legs and feet.

The recipient should wear comfortable, loose-fitting clothing, such as that typically worn while exercising or doing yoga. Slow, full, deep breathing is often encouraged, especially with pressure applied to points that cause discomfort or that the practitioner regards as having blocked energy. Guided imagery or visualization is often added to allow further relaxation or movement of energy to and through pressure points.

Following treatment, a practitioner may ask for feedback and offer home exercises or self-care. Because energy work of any kind can cause profound relaxation, care should always be used when rising from the table and returning to a standing posture, as the leg and trunk muscles may feel weak for a time.

Is there a governing body that oversees or credentials practitioners?
There is not a governing agency that credentials practitioners in acupressure. However, some states require practitioners to obtain a license in another area of health care, such as massage therapy, nursing or acupuncture before they can practice hands-on techniques such as acupressure. Many massage therapy schools offer a certificate of achievement in acupressure after completing a minimum of 150 hours of coursework.

How does one get in touch with a practitioner of acupressure?
In order to find a practitioner, any search engine (such as Google) can be a starting point. Be sure to check the practitioner’s credentials. Word of mouth is always a good way to gauge the experiences of others. Oftentimes, individuals who use acupressure will also be skilled in various other forms of bodywork.

Are there other therapies that might work well in conjunction with acupressure?
Many therapies work well with acupressure – in various forms it can be used as an effective adjunct to other kinds of manipulative therapy. Massage therapists often incorporate acupressure into their massage routines. By relaxing and toning muscles prior to adjustments, acupressure can make manipulation easier and more effective, allowing longer time between return visits. A good chiropractor or osteopath will often have a massage therapist doing these treatments prior to seeing them.

Martial arts exercises such as tai chi and qi gong may use acupressure points in their routines. Mind-body and breathing techniques are an integral part of achieving positive outcomes with acupressure.

What is Dr. Weil’s opinion of acupressure?
Dr. Weil often recommends acupressure for nausea or motion sickness, and uses a form of it himself when necessary by stimulating points on the inner surfaces of the wrists that control nausea. Traditionally done with finger pressure, the updated version of this treatment employs wristbands equipped with a plastic peg that presses on the points. You can get these wristbands at many drug and health food stores. Follow package directions carefully to locate the acupressure points, because proper placement of the wristbands is critical.  Dr. Weil has used the wristbands to avoid seasickness and found them to work well.

Dr. Weil’s recent travels to China brought him into contact with another form of acupressure. Adults there often spend time each day walking on river-stone paths in parks and gardens of large cities. They do this because walking on these uneven paths stimulates acupressure points on the soles of their feet. Benefits are said to be pain relief, better sleep, and improved physical and mental well-being. This has been validated by researchers in Oregon who found that regularly walking on specialized mats (16 feet long and 18 inches wide) designed to simulate these river-rock cobblestones improved balance and blood pressure to a degree much greater than was achieved by participants who did conventional walking. The study was published in the August, 2005, issue of the Journal of the American Geriatrics Society.