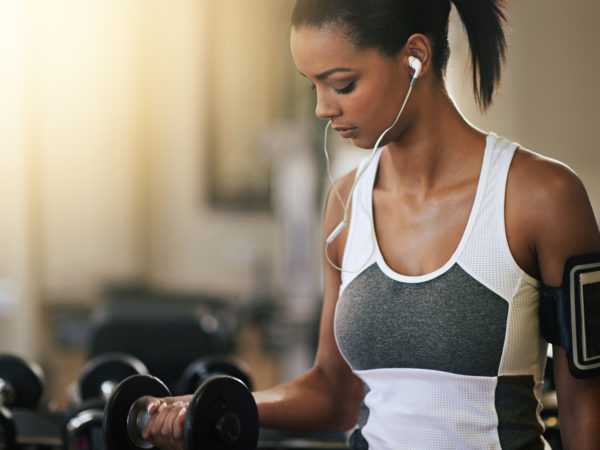 A low-fat diet certainly couldn’t hurt, and a new study shows that getting regular exercise can help a lot. The news that a low-fat diet reduces the rate of breast cancer recurrence comes from a study reported recently at a meeting of the American Society of Clinical Oncology. It is the first study to demonstrate that diet directly affects breast cancer.

Of the 975 women who followed a low-fat diet, 96 (or 9.8 percent) had recurrences of their breast cancer over a five-year period compared to 181 (or 12.4 percent) of the 1,462 women who stayed on their usual diet. All of the women had undergone surgery (lumpectomy or mastectomy) followed by radiation and then hormonal therapy or chemotherapy when indicated. The women were assigned to the low-fat diet at random.

Although researchers said that more study is needed before recommending low- fat diets to all breast cancer patients, there is no reason not to cut your fat intake. Doing so will also reduce your risk of heart disease, and, if necessary, help you lose weight. (Simply losing weight after breast cancer treatment has been shown to reduce the risk of recurrence.) Interestingly, the women whose recurrence rate was lowest on the low-fat diet were those whose breast cancers were estrogen receptor negative, meaning that they didn’t depend on estrogen to grow.

Researchers from the University of California at Los Angeles who conducted the low-fat diet study limited the women to an average of 33.3 grams of fat per day, a little more than one ounce of fat, compared to the 51.2 grams of fat per day consumed by the women who followed their usual diets. I still recommend that however much fat you eat, you try to choose the right kinds – monounsaturated fat found in olive oil, nuts and avocados, and omega-3-rich fat from cold water fish, flax (try freshly ground flaxseeds), and walnuts. Also choose low-glycemic carbohydrates and lean sources of protein.

As far as exercise is concerned, a study published in the May 25, 2005 issue of the Journal of the American Medical Association found that it improved survival among women who have had breast cancer even if they walked as little as an hour a week. The authors noted that after a breast cancer diagnosis, women decrease their levels of physical activity by two hours a week and that even greater decreases have been seen among obese women.

These findings make a lot of sense when you consider that physical activity affects circulating hormones. Lower estrogen levels among the physically active women might explain their improved survival, according to the study authors. (They noted that the benefit of physical activity was particularly apparent among women whose breast tumors were fed by estrogen.) Overall, the study makes a strong case for continuing to get regular exercise after a breast cancer diagnosis.