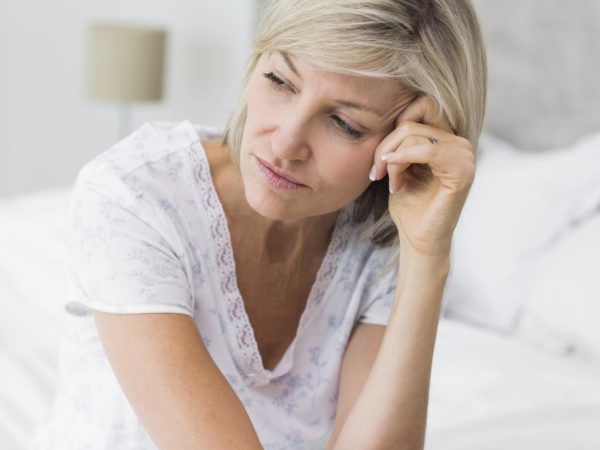 As they begin to have irregular periods leading up to menopause, many women report that they start to experience hot flashes and night sweats. These symptoms usually end a year or two after menstruation ceases, but studies show that hot flashes sometimes continue for 15 years or more afterward.

While a link between hot flashes and depression has long been regarded as controversial, a new look at this subject by a group of Australian researchers suggests that moderate to severe hot flashes can put some women at risk for moderate to severe depression. The study, published in March 2017, included data on 2,020 women aged 40 to 65. Their symptoms of depression were assessed using a well-known and validated questionnaire, the Beck Depression Inventory-II. The extent to which the women were bothered by menopausal symptoms was evaluated using a second scientifically validated questionnaire that allowed them to rate their hot flashes and night sweats on a scale of one to eight, with one representing no problems and eight meaning problems that are extremely bothersome. Results showed that 14.7 percent of subjects were experiencing moderate to severe depressive symptoms and that the highest prevalence of depression occurred among those whose hot flashes were moderate to severe.

This association held true even after the researchers controlled for other possibly contributing factors such as age, body mass index, partnership status, education, employment status, housing security and use of hormone replacement therapy. However, they noted that morbid obesity and insecure housing were also associated with an increased likelihood of depression, while women who were older and better educated were less likely to suffer from this problem.

Compared to others in the study, women with moderate to severe depressive symptoms were more likely to be taking antidepressants or other mood-regulating drugs, to smoke and to binge-drink alcohol at least weekly. All told, 20 percent of the women in the study were taking antidepressants. The researchers noted that another study of 111,705 Australians age 45 years and older showed that 23 percent of the women participating had received a prescription for an antidepressant within the previous 19 months. Antidepressant use in Australia is significant, second only to Iceland.

Dealing with hot flashes remains a major problem for many midlife (and older) women. Unfortunately, the only reliable relief is hormone replacement therapy (HRT), which for most women poses unacceptable risks of breast cancer, stroke, and heart attack. As an alternative, I recommend low doses of bio-identical hormones for women who need short-term relief from frequent and intense hot flashes. While these hormones produce fewer side effects than conventional ones, they present the same risks. Other options include increasing your intake of soy foods. The isoflavones they contain help balance hormone levels and have some estrogenic activity. Use natural soy foods rather than supplements. Choose from tofu, soymilk, roasted soy nuts or tempeh. I also recommend black cohosh, one of the best-studied traditional herbs for menopause. It is considered an effective hot flash remedy. Black cohosh seems to work by supporting and maintaining hormonal levels, which may lessen the severity of hot flashes. Many women report that the herb works well but it isn’t effective for everyone.

The North American Menopause Society notes that cognitive-behavioral therapy and clinical hypnosis have been shown to be effective non-medication measures for reducing hot flashes. You can find my recommendations for dealing with depression here. 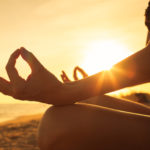 Depression And The Body, Mind And Spirit 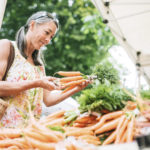