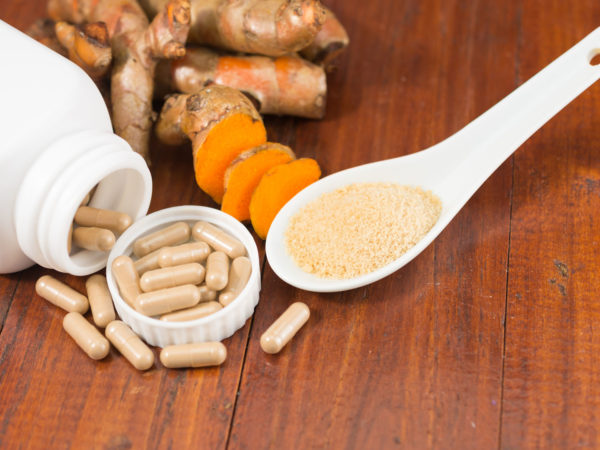 What is an ovarian cyst?

Functional ovarian cysts are fluid-filled sacs or pocket-like structures that form on or inside the ovary. Most ovarian cysts of this type affect women of childbearing age, are painless, harmless and occur as a normal process of ovulation. They are not the same as hormonally related cysts (as in polycystic ovarian syndrome), dermoid cysts (also called teratomas and containing skin, hair and teeth ), cysts from endometriosis (“chocolate cysts”) or tumors from ovarian cancer, and as a result have a much different prognosis. Although most disappear without treatment over a series of weeks to a few months, some ovarian cysts can cause complications that require urgent medical attention.

What are some ovarian cyst symptoms?

Because ovarian cysts can be symptom-free, many go unnoticed or are found incidentally during a routine exam or ultrasound. Ovarian cysts can occasionally cause pain as they enlarge, especially if they rupture. In addition, enlarging cysts can cause discomfort as they press on nearby structures, including bowel, bladder or rectum – which may also prompt the need to void more frequently. They can even become large enough to twist or bend the fallopian tube, which can cause severe pain and potentially cut off blood supply to the tube and ovary. This instance of a cyst on ovaries is a medical emergency that often requires surgical intervention.

When cysts do cause pain, it is typically felt in the lower abdomen. Unfortunately, this can be mistaken for other disease processes that produce similar symptoms, including appendicitis, kidney stones, endometriosis, and pelvic inflammatory disease. Symptoms of growing ovarian cysts generally consist of a dull, constant ache in the lower abdomen, with bloating, a sense of fullness and pressure, along with nausea, vomiting or even breast tenderness. The pain is often felt around the time of menstruation and can cause abnormalities in length of the cycle (longer, shorter, or even no period). Pelvic pain during intercourse, bowel movements and urination may also occur. If pain is sudden, sharp and severe or accompanied by fever and vomiting, it can signal cyst torsion, rupture or other unrelated medical emergencies such as ectopic pregnancy or appendicitis. Other signs such as cold, clammy skin, fast heart rate and breathing, lightheadedness or dizziness may indicate blood loss and also indicate a need for immediate medical attention.

What are the causes of ovarian cysts?

A functional ovarian cyst is formed during a woman’s normal menstrual cycle. These cysts do not prevent or threaten pregnancy and are not typically part of an overt disease process, although they may signal a hormonal imbalance of some kind.

Every month, one ovary typically grows a cyst-like structure called a follicle, which contains an egg and produces estrogen and progesterone in different amounts to aid in ovulation and fertilization of the egg. A follicular cyst develops when there is an absence of a surge in luteinizing hormone (LH), produced by the pituitary gland of the brain. This normal spike in LH occurs mid-way through the monthly cycle and signals the egg to be released from the follicle. Without proper LH stimulation, a follicle never ruptures and continues to expand, filling with fluid. Follicular cysts rarely cause pain or require treatment and usually dissipate on their own within a couple of months.

A corpus luteum cyst can form when the egg does actually release from the follicle after a normal LH surge. The follicle begins to produce large amounts of estrogen and progesterone to prepare for conception and is now called the corpus luteum. Sometimes the hole from which the egg was released closes and the sealed space begins to fill with fluid. The cyst often dissipates on its own within a few weeks; however, it can also keep expanding, sometimes growing to the size of a baseball. These are the cysts that most often rupture or twist. In addition, because they can bleed into themselves, they can cause complications when they rupture – not only from sudden and severe pain, but from significant internal bleeding.

If you have had an ovarian cyst in the past, your chances of having another are increased. Other factors that contribute to ovarian cyst formation are early onset of menstruation (11 years or younger), irregular menstrual cycles, hormonal imbalances, stress, and an “apple-shaped” body (an overweight condition in which excess fat is relatively high on the torso, as opposed to the lower center of gravity in a “pear-shaped” body). Fertility drugs (such as Clomiphene) that induce ovulation can also increase the risk of developing corpus luteum cysts.

What are the conventional treatments of ovarian cysts?

Since most functional ovarian cysts are symptomless and resolve on their own they are rarely even noticed, let alone treated. In otherwise healthy women of reproductive age where a cyst is seen but no pain is involved, the advice is simply to follow up with regular checkups to assure that the cyst is not increasing in size. Periodic pelvic ultrasounds can evaluate the changes in the cyst over the next two to three months to make sure it is reducing in size and not causing problems.

However, if the ovarian cyst grows to more than five to ten centimeters and persists or causes complications like pain or bleeding, it may require surgical removal. This can usually be done through a laparoscope on an outpatient basis unless complications prompt more intensive observation and treatment.

Some cysts involve the ovary, whereas others can be removed without it being compromised. In postmenopausal women, functional cysts are very rare and the risk that such growths signals ovarian cancer increases. As a result, doctors will commonly recommend surgery as opposed to watchful waiting when a cyst develops in such women.

Oral contraceptives prevent cyst development by interrupting the formation of follicles. These drugs are often recommended in patients who have had previous complications from ovarian cysts. Anti-inflammatory drugs (Naprosen, Ibuprofen) are commonly prescribed for pain, and occasionally, narcotics can be used for severe discomfort.

What does Dr. Weil recommend for ovarian cysts?
Women of childbearing age and beyond should have annual pelvic examinations by a qualified practitioner to evaluate changes in the uterus and ovaries.

If you do develop an ovarian cyst, consult with your physician to first determine if any treatment is necessary. If so, there are some integrative recommendations to try. Natural anti-inflammatories (such as ginger and turmeric, taken alone or in combination) can offer similar relief for pain as compared to ibuprofen or other NSAIDs without the stomach upset or other side effects of these medications.

Dr. Weil often recommends extracts of both ginger and turmeric. Start with two capsules taken daily with a meal. Heat, in the form of a hot water bottle or warm bath, may help relax muscles that naturally tense up in response to pain. Relaxation techniques, including guided imagery and hypnosis can also be used to help relieve discomfort and resolve symptoms brought on by tension. Because cysts that press against surrounding structures tend to cause pain, take steps to avoid constipation and empty your bladder as soon as you feel the urge.

Finally, Dr. Weil recommends experimenting with traditional Chinese medicine (TCM), which has a good track record in dealing with hormonally related issues in women. TCM views ovarian cysts as the result of an imbalanced energy flow, and uses acupuncture, herbs and other techniques to address this. These traditional interventions seem to help by improving blood supply to reproductive organs, regulating hormonal imbalances and decreasing stress.