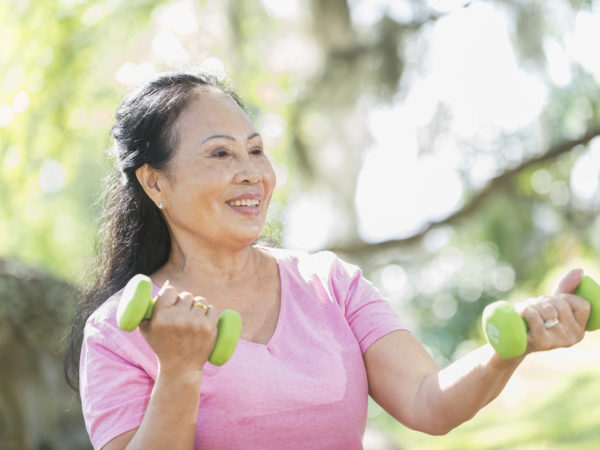 Research from Sweden published in March 2018 found that women who were highly physically fit in midlife were almost 90 percent less likely to develop dementia than women whose fitness was considered moderately good. This was the conclusion a study that originally tested the fitness of 191 women between the ages of 38 and 60. In 1968, researchers from the University of Gothenburg asked the women to cycle on a stationary bike until they became exhausted. Of those participating, 20 started the exercise task but couldn’t complete it due to high blood pressure, chest pain or other cardiovascular problems. Over the next 44 years, the researchers found that 45 percent of these women developed dementia. When this data was pooled with the 39 other women with “low fitness,” the percentage dropped to 32 while 25 percent of the 92 women whose fitness was rated “medium” after the bike test were diagnosed with the disease. However, only five percent of the 40 women who completed the test and were considered in the “high fitness” category developed dementia, and when they did, it was diagnosed an average of 11 years later, showing up around age 90 rather than 79 as it did among the moderately fit women.

Because this study didn’t establish cause and effect, the researchers said it isn’t clear why cardiovascular fitness at midlife might reduce the likelihood of developing dementia years later. They noted, however, that emerging evidence indicates that cardiovascular fitness may directly affect structures in the brain by increasing and maintaining blood flow to them. They also suggested that high blood pressure or some other underlying cardiovascular process in midlife might be responsible for dementia that occurred later in women who were not highly fit.

An editorial accompanying publication of the study in the journal Neurology called for more research to determine whether the link between fitness and dementia is due only to the influence of heart health on brain health, or whether the connection between physical activity and brain function is independent of its cardiovascular effects. However, the authors concluded, “What is good for the heart really does seem to be good for the brain…”

This also appeared true of findings from a smaller study at the University of Texas Southwestern Medical Center published in December 2017. Researchers recruited 81 adults with an average age of 65, some of whom had mild cognitive impairment, and found that those who scored best on treadmill tests had less deterioration of white-matter nerve fibers in the brain. We’ll know more about all this after completion of an ongoing 5-year-study at six medical schools that is investigating whether certain types of exercise plus treatment for high blood pressure and high cholesterol can lower the risk of dementia.

We’ve known for some time that high blood pressure, which is associated with multiple small strokes, is the strongest risk factor for dementia, and that regular aerobic activity can slow memory less.

Bottom line: exercise appears to be as good for your brain as it is for your heart. 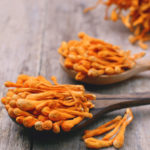 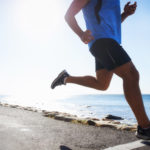