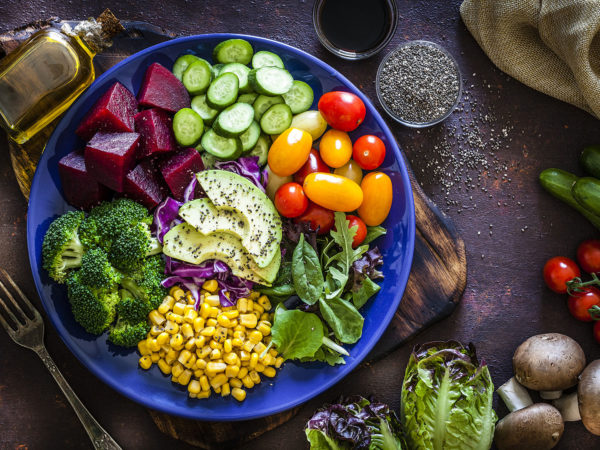 What Is The Vegan Diet?

The vegan diet eliminates all foods of animal origin – including eggs, dairy products and honey, as well as meat, fish and poultry. People choose to eat this way to improve their health, or for environmental or ethical reasons – often a principal concern about the killing of animals for food.

How Healthy Is The Vegan Diet?

Depending upon their food choices, vegans may not get all the micronutrients they need, particularly iron, zinc and calcium. Cereals, grains, legumes, dates, prunes, and raisins are good sources of iron, while legumes, nuts, spinach and leavened breads provide zinc. Sesame seeds, collards, broccoli, sea vegetables and tofu coagulated with calcium are the best vegan sources of calcium, as is calcium-fortified orange juice and soymilk.

A number of studies comparing the vegan and other diets have shown that people tend to lose more weight on a vegan diet.

For example, in one study published in 2007, 60 overweight, postmenopausal women followed either a vegan diet or a diet low in fat and dietary cholesterol for a year. When the year ended, those who were on the vegan diet had lost 10.8 pounds compared to only 3.9 for those on the low-fat diet. After two years, the vegans weighed 6.8 pounds less than they had at the outset compared to 1.8 pounds less among women in the other group. Similar differences are found when the vegan diet is compared to other weight-loss plans.

Reportedly, the number of vegans in the United States increased by 600 percent between 2014 and 2017. By 2017 a total of 5.5 percent of U.S. residents were believed to be following a vegan diet. The Vegan Society in the UK reported a 350 percent increase in vegans during the past decade. Worldwide, sales of foods labeled vegan increased by nearly eight percent in 2017. The Vegan diet is one of several popular diets reviewed on DrWeil.com.

A central principle of veganism is that all animals have a right to life. According to the Vegan Society, roughly 60 billion land animals and more than a trillion marine animals are used and killed annually for human food. The objections of many vegans to animal cruelty and exploitation go beyond the killing of animals for food. They avoid clothing made from animal skin or fur as well as products (including cosmetics) that are tested on animals. Since medications are frequently tested on animals, this can become a problem for vegans who need them.

The environmental concerns of veganism stem from the harmful impact of using land and water to raise animals for food as well as that of transporting them from “farm to fork.” In a study published in June 2018, researchers at the UK’s University of Oxford concluded that adopting a vegan diet could be “the single biggest way” to reduce your personal environmental impact on the planet. The team reported that by eliminating meat and dairy products individuals in the UK could reduce their carbon footprint from food by up to 73 percent, and if everyone followed a vegan diet, worldwide farmland use could be reduced by 75 percent. This would lead to a significant drop in greenhouse gas emissions and free up wild land lost to agriculture, which the study identified as one of the primary causes OF mass wildlife extinction. The investigators also reported that production of meat and dairy products is responsible for 60 percent of greenhouse gas emissions but provides only 18 percent of calories and 37 percent of protein levels worldwide.

The vegan diet includes fruits, vegetables, grains, nuts, seeds and legumes. It is low in cholesterol and saturated fat but can be high in healthy fats from plants. Many popular foods are vegan; think of guacamole, vegetarian baked beans, hummus, pasta, popcorn, lentil soup, veggie burgers, and frozen fruit desserts.

How Many Calories On A Typical Vegan Diet

No matter how much they eat, vegans tend to consume fewer calories than do people whose diets contains meat and other animal products. For this reason, they generally have a lower body mass index and weigh less than non-vegan counterparts.

Because nutrition is not a major component of medical education, your doctor may not be familiar with the vegan diet or its health benefits. Others may have concerns, as does Dr. Weil, (see below) that it does not provide adequate amounts of particular micronutrients.

Dr. Weil is cautious about vegan diets in general, especially for children. While he says that vegetarian diets can be very healthy, he views the vegan diet as more problematic. Even so, he notes that many Westerners forced to eat this way probably would lose weight, have better serum lipid profiles and lower risks of chronic disease as a result of consuming less fat, less saturated fat, less animal protein and more fruits and vegetables. He cautions, however, that without adequate supplementation the diet presents a risk of a vitamin B12 deficiency, and an increased risk of omega-3 fatty acid deficiency. There is also an increased risk of iron and calcium deficiency unless foods rich in usable forms of these are emphasized or supplementation is provided. While Dr. Weil strongly recommends reducing the percentage of animal foods in your diet, he does not see vegan cuisine becoming widely accepted in our society.

The Vegetarian Resource Group, “Veganism in a Nutshell,” vrg.org/nutshell/vegan.htm 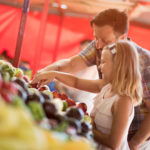 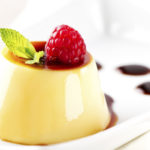