Beans and legumes, like whole grains, are low-glycemic-index foods and an important part of the Anti-Inflammatory Food Pyramid. They are rich in vitamins, minerals and fiber; delicious if prepared properly; and among the most inexpensive foods you can buy – the ultimate refutation of the notion that “you have to be rich to eat healthy.”

Legumes are the seeds of the plants in the Fabaceae family – a family that includes beans, lentils, soybeans, peas, peanuts, and even alfalfa and clover. They are exceptionally healthy foods for humans and animals, with the added bonus of being excellent for the environment: their roots fix nitrogen in the soil, reducing the need for petroleum-based fertilizers.

Legumes in the diet usually refers to pulses – the edible seeds of annual leguminous plants that are harvested dry for consumption. In other words, these are the dry beans and lentils you can find in the bulk bins of any natural food store.

Beans and lentils are rich in folic acid, magnesium, potassium, B vitamins, complex carbohydrates and soluble fiber, and, at 20-25% protein by weight, are a go-to for vegetarians and vegans.

The American Diabetes Association, the American Heart Association and the American Cancer Society all recommend legumes as one of the most important food groups for disease prevention and optimal health. Due to their blend of fiber, protein and nutrients, legumes aid in blood sugar regulation more than almost any other food group, a key quality for diabetics and those concerned with maintaining stable insulin response.

Legumes are also heart-healthy; their high fiber content lowers cholesterol and triglyceride (blood fat) levels. A study of over 15,000 middle-aged men across the U.S., Europe and Japan for 25 years found the consumption of legumes was associated with an 82% reduction in risk of death from heart disease. Most varieties of beans and lentils are also high in folate, a vitamin that helps prevent the build-up of the amino acid homocysteine – elevated levels of which are a major risk factor for heart attack and stroke.

Cheap, healthful, versatile and delicious, there’s a reason pulses like beans and lentils are a staple  throughout the world. Whether you enjoy them as dips and spreads like hummus, paired with nutritious whole grains such as the ever-popular beans and rice, or merely to bulk up soups, stews and salads, they deserve a prominent place in your anti-inflammatory kitchen!

General tips on cooking with legumes:
This guide is for cooking dried legumes from scratch, which is by far the most inexpensive, fresh and tasty  way to enjoy them. However, canned beans can be a good choice in a pinch. If you opt for canned, look for varieties that do not contain chemical preservatives, and be sure to rinse them thoroughly to remove excess sodium that may have been included in the canning liquid.

Some dried beans such as black, navy and kidney beans are found in typical supermarkets, but you will have better luck finding more obscure beans, such as adzuki beans and unique lentil varieties at your local natural foods store or ethnic market. For all dried legumes:

Almost all legumes – split peas and lentils being the exceptions – should be soaked prior to cooking. Soaking improves digestibility and decreases cooking time. Place rinsed, dried beans in a pot and add water until it is roughly three inches above the beans. Cover the pot and place in the refrigerator for at least one hour for small beans, six hours or overnight for larger varieties. Then drain the soaking water – don’t use it for cooking, as it’s full of difficult-to-digest starches that can cause flatulence and other digestive woes.

You can also cook your legumes in vegetable stock instead of water for added flavor, but do not add any salt or acidic ingredients like tomatoes or lemon juice – either will toughen the beans and greatly increase cooking time. As a general rule, wait until beans are done or nearly done cooking before seasoning.

To further reduce the gas-producing properties of beans, add a large strip of dried kombu seaweed to the pot of beans and water prior to boiling. Remove the kombu once cooking is finished. You can find kombu in your local natural foods store or in ethnic markets. Adding a slice or two of ginger or some fennel or cumin seeds can also help. Additionally, skimming and discarding the foam during boiling is also an effective means of gas reduction.

To cook: Refill the pot with fresh, cold water for cooking (three cups per cup of soaked beans is a good general rule, but optimal amounts for each legume variety are provided). Bring to a boil in a pot with a lid. Once boiling, reduce to a simmer, tilt the lid slightly to allow steam to escape, and leave to cook for the designated time. Beans are done when they are tender; though if you desire an even softer texture (useful for some recipes that call for mashed beans) simply cook them longer. Try these legumes as part of a healthy diet plan: 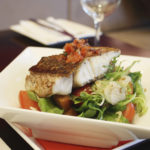