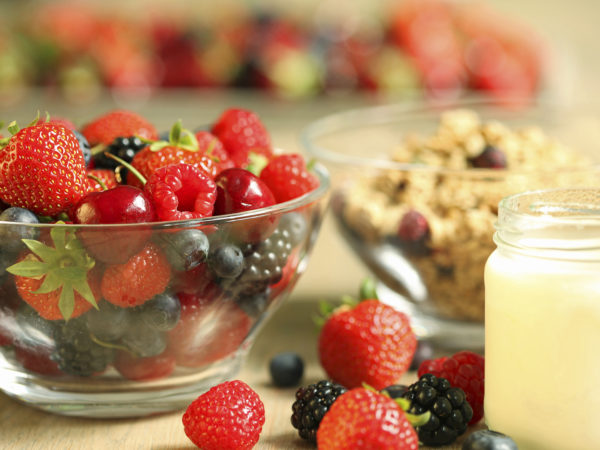 The glycemic index ranks carbohydrate foods on the basis of how they affect blood sugar (glucose). This is important for many people because eating a lot of foods that rank high on the glycemic index will produce spikes in blood sugar that can lead over time to loss of sensitivity to insulin, the hormone needed to allow blood sugar to enter cells for use as fuel. Insulin resistance is associated with obesity, high blood pressure, elevated blood fats, and an increased risk of type 2 diabetes.

Carbs are not bad, despite the claims of the late Dr. Robert C. Atkins and other proponents of low-carb diets. Rather, there are better and worse carbs, the difference having to do with the glycemic index. I recommend using the glycemic index as a guide to healthy carbohydrate consumption. In general, avoid frequent consumption and large servings of foods that rank high on this scale. There are several GI index lists on the Internet, but one of the most complete seems to be this one: http://www.mendosa.com/gilists.htm

To create a scale for comparison, pure glucose is ranked at 100. Foods that rank over 60 are considered high glycemic index carbs. In most indexes (there is some minor variation between lists) these include potatoes, refined white and wheat bread, raisins and other dried fruit, bananas, carrots and watermelon. Foods ranked “moderate” (between 45 and 60) include most types of pasta, bulgur, baked beans, yams, green peas, sweet potatoes, orange juice and blueberries. Low glycemic index foods (below 45) include beans, cruciferous vegetables, yogurt, grapefruit, apples and tomatoes.

When using the glycemic index as a guide to food choices, you also have to consider “glycemic load,” a measure of how many grams of carbohydrate a normal serving contains. For example, carrots rank high on the glycemic index, but the amount of carbohydrates you would actually consume in a normal serving is pretty low, only 6.2 grams. The low-carb folks tell people to avoid carrots (and beets), but this is not good advice. Unless you eat huge portions of them, those vegetables will not disturb your blood sugar very much, and they provide important phytonutrients.