I am pleased to have an ongoing partnership with the Environmental Working Group (EWG), a nonprofit organization that advocates for policies that protect global and individual health. Specifically, I am honored to help EWG spread the word about one of its most valuable pieces of research – its Shopper’s Guide to Pesticides in Produce. The 2022 version is based on the results of ongoing pesticide tests performed on produce and collected by federal agencies.

Nearly all of the data used took into account how people typically wash and prepare produce – for example, apples were washed and bananas peeled before testing. Of the fruit and vegetable categories tested, the following “Clean 15” foods had the lowest pesticide load, and consequently are the safest conventionally grown crops to consume from the standpoint of pesticide contamination:

Why should you care about pesticides in your fruits and vegetables? The EWG points out that there is a growing consensus in the scientific community that small doses of pesticides and other chemicals can have adverse effects on health, especially during vulnerable periods such as fetal development and childhood.

Here’s a video in which I address the importance of avoiding pesticides.

To this list, I would add one caveat: When it comes to pesticide use, there is more to consider than just the residues that are ingested by the consumer. Although peeled foods such as mangoes, avocados and kiwis may spare the consumer from significant pesticide exposure, it is possible that large amounts of pesticides and herbicides are used on the farms from which these originate, contaminating groundwater, promoting erosion and otherwise damaging local ecosystems. To help promote the health of the planet as well as your own health, it’s best to buy organic whenever possible, including when you are purchasing the foods listed above.

At the opposite end of the contamination spectrum, check out the list of Foods That You Should Always Buy Organic, also known as the “Dirty Dozen Plus.” 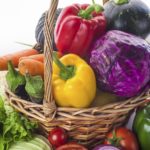 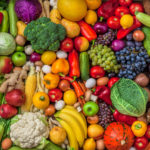