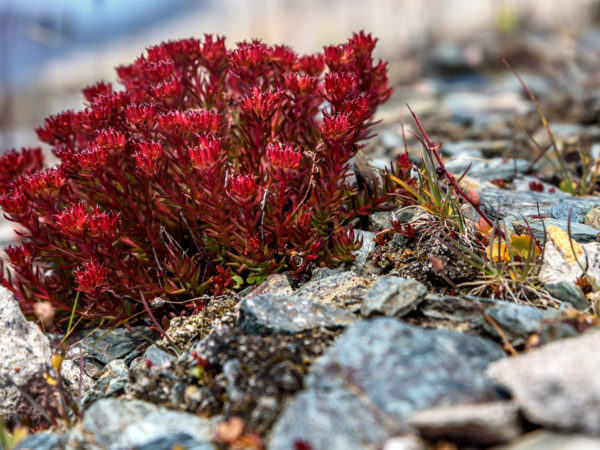 Rhodiola (Rhodiola Rosea), sometimes called Arctic root or golden root, is considered an adaptogenic herb, meaning that it acts in non-specific ways to increase resistance to stress, without disturbing normal biological functions. The herb Rhodiola rosea grows at high altitudes in the arctic areas of Europe and Asia, and its root has been used in traditional medicine in Russia and the Scandinavian countries for centuries. Studies of Rhodiola rosea’s medicinal applications have appeared in the scientific literature of Sweden, Norway, France, Germany, the Soviet Union and Iceland. Rhodiola rosea is still widely used in Russia as a tonic and remedy for fatigue, poor attention span, and decreased memory; it is also believed to make workers more productive. In Sweden and other Scandinavian countries it is used to increase the capacity for mental work and to boost general strength and vitality.

As for rhodiola extract benefits, a 2002 review in HerbalGram, the journal of the American Botanical Council, reported that numerous studies of rhodiola in both humans and animals have indicated that it helps prevent fatigue, stress, and the damaging effects of oxygen deprivation. Evidence also suggests that it acts as an antioxidant, enhances immune system function, and can increase sexual energy. Rhodiola’s efficacy was confirmed in a 2011 review of 11 placebo-controlled human studies. The reviewers considered studies that all had study designs rated as moderate to good quality, and the analysis of their combined data concluded that Rhodiola rosea might have beneficial effects on physical performance, mental performance, and certain mental health conditions. The reviewers noted that very few adverse events are reported, suggesting a good safety profile.

In addition, a study published in 2007 in the Nordic Journal of Psychiatry, showed that patients with mild-to-moderate depression who took a rhodiola extract reported fewer symptoms of depression than those who took a placebo. A small human trial of rhodiola at UCLA published in 2008, reported significant improvement in 10 people with generalized anxiety who took the herb for 10 weeks. Side effects were generally mild or moderate in severity. The most common unwanted effects were dizziness and dry mouth. Rhodiola appears to work faster than conventional antidepressants, often in less than a week.

I asked my friend and colleague, Tieraona Low Dog, M.D., an internationally recognized expert in the fields of integrative medicine, dietary supplements and women’s health, for her view on Rhodiola extract. She says that it is one of her favorite herbs for treatment of patients suffering from “21st century stress”: fatigue, mental fog, trouble concentrating, low energy and, perhaps, mild depression. She recommends using a standardized extract. Look for products that are similar to those studied in clinical trials containing 2-3% rosavin and 0.8-1% salidroside. Start with 100 mg once a day for a week and then increase the dosage by 100 mg every week, up to 400 mg a day, if needed. Dr. Low Dog notes that while studies suggest that rhodiola reduces anxiety, some people might feel “revved” up from it. She advises taking it early in the day to avoid any interference with sleep.