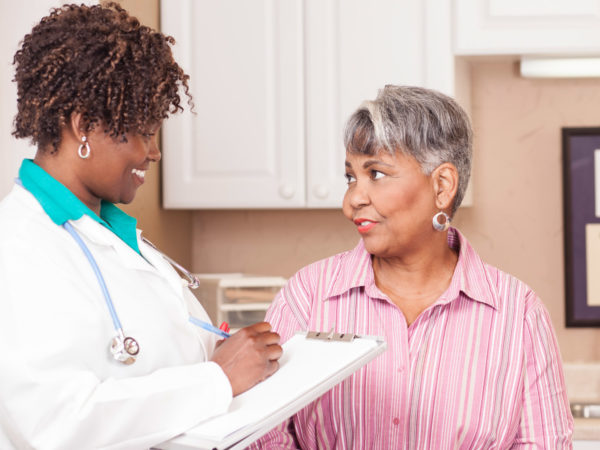 It’s no joke, but we don’t know yet whether the newly reported strategy to reverse menopause will actually lead to pregnancy and live, healthy births. Here’s the story: a team of doctors in Greece has developed a method to restore menstrual cycles in post-menopausal women who want to have children. The researchers have not yet published the results of their investigation in a peer-reviewed medical journal, but they did report on what they’ve accomplished so far at the July 2016 meeting of the European Society of Human Reproduction and Embryology in Helsinki, Finland. I read about the presentation in the British magazine New Scientist.

The Greek team has been studying the benefits of giving women platelet-rich plasma (PRP) to reverse menopause. Platelets produce growth factors, which are proteins that can stimulate the growth and repair of body tissues. To extract the plasma used for PRP, blood is spun in a centrifuge. (PRP is most commonly used to treat sports injuries, although a 2014 scientific review of this practice concluded there is insufficient evidence to support its use for this purpose.)

The Greek researchers reported that by injecting PRP into the ovaries of menopausal women they were able to restart the menstrual cycle, which allowed them to collect and fertilize eggs that were subsequently released. All the women participating were in their 40s and had reached menopause early. One of the women was five years past menopause, which had occurred at age 40. She had a period six months after her PRP injection. The team reported collecting three eggs from her ovaries and successfully fertilizing two in the lab with her husband’s sperm. They are waiting until they can collect and fertilize a third egg before implanting all three in the patient’s uterus. So far, the team, led by gynecologist Konstantinos Sfakianoudis, claims to have injected PRP into the ovaries of some 30 women, all of whom want children. Dr. Sfakianoudis said he and his colleagues were able to collect and fertilize eggs from most of the women.

We won’t be able to evaluate how effective this approach to renewing fertility is until the researchers complete larger studies and publish the results. If PRP really can reverse menopause and restore or prolong ovarian function, it might also benefit women who aren’t interested in pregnancy but face the risks of heart disease and osteoporosis that accelerate after menopause. The procedure could also potentially be used to help reduce hot flashes and other menopausal symptoms.