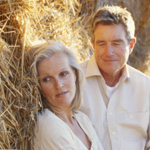 New evidence suggests that the memory problems women often attribute to menopause are very real, but the latest study on this issue found that the deficits are most likely to affect only "working" memory – how well you absorb new information and are able to use it. The researchers who conducted the study said that examples of working memory are: calculating a tip at a restaurant, adding up a series of numbers in your head, or adjusting travel plans after an unexpected flight change.

Investigators at the University of Rochester Medical Center and the University of Illinois at Chicago recruited 75 women between the ages of 40 and 60 who had had at least one menstrual period in the past 12 months; the average age of the women participating was 49.9.  The researchers measured their subjects’ hormone levels and gave them a number of tests to evaluate such skills as the ability to learn and retain new information, mentally manipulate new information, and sustain attention over time.  The women were also asked about such menopausal symptoms as hot flashes, depression, anxiety and sleeping disturbances.

In addition to problems with working memory, the study found that the women reported difficulties associated with the ability to keep attention focused on a challenging task, such as doing taxes, completing a complex report at work or getting through a challenging book. However, the women in the study didn’t have much trouble remembering everyday items or routine chores, such as the need to stop at the grocery store for milk or eggs.

The women who reported memory problems were also more likely to complain of sleep difficulties, anxiety, or depression. Tests revealed no link between memory problems and hormone levels. The study was published in the March 14, 2012 issue of Menopause.

An earlier (and larger) study showed that women’s scores on memory tests rose rather than fell as they got older. This study, reported in 2003 in the journal Neurology was carried out by researchers at Rush-Presbyterian-St. Luke’s Medical Center in Chicago who recruited 803 women ages 42 to 52, most of whom hadn’t yet stopped menstruating completely. None were taking hormone replacement therapy. Once a year for almost six years, the researchers gave the women memory tests that involved repeating long strings of numbers backward and quickly identifying pairs of symbols and digits. The researchers expected to see scores drop as the women got older, but instead all the scores rose. Afterward, they suggested that menopausal memory problems may be due less to hormonal changes and more to stress related to dealing with adolescent children, aging parents and conflicting responsibilities at home and work.

However, the newly published study validates women’s complaints that some measurable cognitive changes do occur during the menopausal transition, says author Miriam Weber, Ph.D., who adds that a woman experiencing memory problems should view her experience as normal. She suggests that women may be able to deal better with memory problems if they repeat out loud a new piece of information that someone passes along to them. In other words, "Say it back to the person to confirm it." Doing so habitually can help you hold onto the information longer.