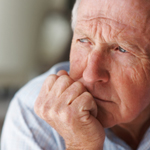 In April 2012, the FDA approved a drug called avanafil (the brand name is Stendra), which works the same way as the other drugs for ED now on the U.S. market – by increasing blood flow to the penis. These drugs are all based on the chemical called phosphodiesterase type 5 (PDE5); the main difference between avanafil and earlier products (Viagra, Cialis and Levitra) is that the new compound reportedly works faster, in as little as 15 minutes. In clinical trials leading to its approval, 77 percent of men taking avanafil were able to achieve erections compared with 54 percent of men taking a placebo. Intercourse was successful for 57 percent of the men on avanafil compared with 27 percent on placebo.

Uprima, another drug for ED that is not available in the U.S., works differently. It increases the brain chemical dopamine, which is involved in the sending the signal for erection. The drug is placed under the tongue rather than swallowed as are the PDE5s, and is also said to take only 15 minutes to work.

Side effects for PDE5s include headache, nasal congestion and upset stomach. None of these drugs should be used by men who take nitrates for angina (chest pain caused by coronary artery insufficiency) – the combination of the two drugs can lead to sudden, dangerous drops in blood pressure.

According to The National Institutes of Health, ED affects as many as 30 million men in the United States. While the problem does become more common as men get older, it is important to recognize that ED is not an inevitable part of aging. Most often, it is the first sign of atherosclerosis, the build-up of cholesterol-based plaque along arterial walls. ED may serve as advance warning that affected men might be at risk for a heart attack or stroke. For this reason, it is very important to have a medical workup to learn what underlies ED. In addition to atherosclerosis, ED can be caused by diabetes, high blood pressure, nerve damage, and multiple sclerosis. It also can be a side effect of medications, including those used to treat high blood pressure, as well as antihistamines, antidepressants, tranquilizers, appetite suppressants, and H2 blockers (drugs like Tagamet, used to treat reflux disease and ulcers). While we know that most cases of ED have a physical cause, some are due to psychological and emotional factors and, infrequently, to hormonal abnormalities.

Once the underlying cause has been identified and treated, men usually can take advantage of one of the many drugs available for ED.