Some recent research does show that extra-virgin olive oil appears to protect against Alzheimer’s disease – at least in mice. The fact that the studies were performed in mice didn’t come across in many of the news stories that made headlines in June (2017). These sensationalized a Temple University study concluding that consuming extra-virgin olive oil protects memory and learning ability and reduces the brain changes that are markers for Alzheimer’s disease.

While findings from studies in animals don’t necessarily prove true in humans, the Temple team may be on to something. Research shows that people who closely follow the Mediterranean diet, which emphasizes olive oil, are less likely to develop Alzheimer’s disease than those who don’t eat this way. We don’t know that the olive oil is responsible – the Mediterranean diet also gives you plenty of fruits, vegetable, legumes, whole grains and fish. We do know that this diet is good for the heart and leads to positive changes in cholesterol and blood sugar levels that may also benefit the brain.

The Temple study found that olive oil reduced brain inflammation in mice bred to have key characteristics of Alzheimer’s. The researchers reported that the olive oil also activated a process by which cells break down and clear out intracellular debris and toxins such as the amyloid plaques and tau tangles characteristic of Alzheimer’s. Compared to mice that didn’t get olive oil, the ones that did performed significantly better on tests evaluating working memory, spatial memory and the ability to learn. The Temple team next plans to test the effects of olive oil on older mice bred to have Alzheimer’s to see if it can stop or help reverse the disease.

We know that people with high blood levels of the toxic amino acid homocysteine have twice the usual risk of developing Alzheimer’s. Homocysteine levels tend to be higher in people whose diets are high in animal protein; conversely, fruits and leafy green vegetables provide folic acid and other B vitamins to help the body reduce homocysteine levels. It’s difficult to establish cause and effect, but reducing animal protein and eating more plant foods is good for general health and may help to prevent or alleviate symptoms of Alzheimer’s. Beyond that, an anti-inflammatory diet (mine is modeled on the Mediterranean diet) is generally protective against a wide range of diseases, and Alzheimer’s disease is known to have an inflammatory component.

I recommend olive oil for all cooking, not just bread dipping and salad drizzling. It has the highest percentage of heart-healthy monounsaturated fat of any edible oil. Quality olive oil also contains abundant antioxidants, substances that have been shown to provide cardiovascular and anti-cancer effects. And it provides oleocanthal, a unique anti-inflammatory agent, responsible for the peppery “bite” of high quality brands. 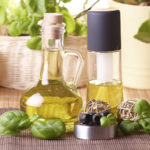 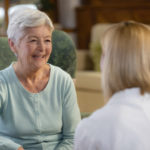