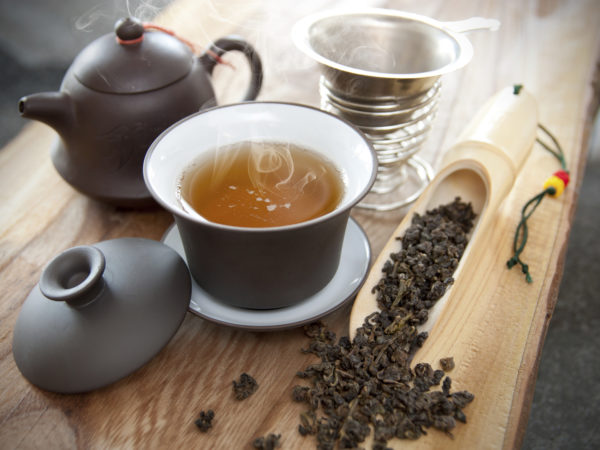 A recent study from Singapore suggests that drinking tea daily can cut the risk of dementia in half among people age 55 and over and reduce it even more among those genetically at risk for Alzheimer’s disease. Researchers from the National University of Singapore’s Yong Loo Lin School of Medicine found that drinking just one cup of tea a day proved protective in a study involving 957 Chinese men and women age 55 and older. Further, the more tea an individual drank, the stronger the protective effect. The team also linked drinking tea to an 86 percent reduced risk of developing Alzheimer’s among those who carried the APOE e4 gene, a hereditary influence that puts people at increased risk of the disease.

It didn’t matter what kind of tea the participants consumed – black, green or oolong – as long as it was real tea brewed from leaves of Camillia sinensis plant. The researchers attributed the reduced risk of cognitive problems to the bioactive compounds in tea, including catechins, teaflavins, thearubigins and L-theanine, all of which have anti-inflammatory and antioxidant potential that may help protect the brain. However, they wrote that their understanding of the detailed biological mechanisms underlying the reduced risk is “still very limited.”

This isn’t the first study to find a reduced risk of dementia among people who regularly drink tea. A study from China published in 2015 reported a protective effect for black tea, but not green tea, in nearly 9,400 seniors age 60 and older. Other studies have linked green tea with reduced risks of dementia.

I should note that research also suggests that regularly drinking coffee appears to reduce the risk of Alzheimer’s. 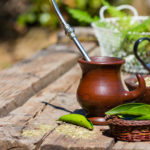 Can Yerba Mate Tea Cause Cancer?