A spicy dish of Indian biryani and a hot dog purchased at the ball game may seem to have little in common, but both feature a liberal quantity of turmeric (Curcuma longa). In the biryani, the spice is an essential part of the curry mixture that gives the dish its distinctive zing. In the dog, turmeric is what makes the slathering of American mustard bright yellow.

Other studies have suggested turmeric and turmeric tea have broad anti-inflammatory and anti-cancer benefits, as well. But few Americans eat enough curry to achieve these protective effects. Although Dr. Weil does not recommend daily mustard-laden hot dogs as the ideal turmeric delivery device, he found a potential solution during one of his many trips to Okinawa, the island nation with the world’s longest average life span, 81.2 years.

Okinawans drink copious quantities of turmeric tea. Some brew it fresh, but others simply buy cans or powdered instant versions of unsweetened tea from their local stores.

If you would like to try it, here’s a turmeric tea recipe. Feel free to experiment with the ingredients and flavorings until you find a combination that suits your taste.

How to Make Turmeric Tea

Watch a video clip on how to prepare turmeric tea.

Some people like to add a teaspoon of ginger along with the turmeric. While ground versions are more convenient, it’s worthwhile to experiment with freshly grated turmeric for a more vibrant flavor. These distinctive, deep-orange roots are increasingly available in American grocery and natural food stores. Enjoy!

Read other articles by Dr. Weil and explore the power of tea. 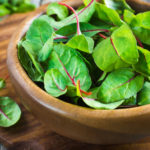 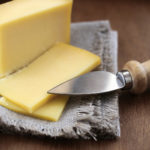 3 Reasons to Use Turmeric 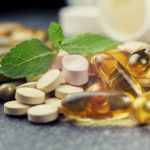