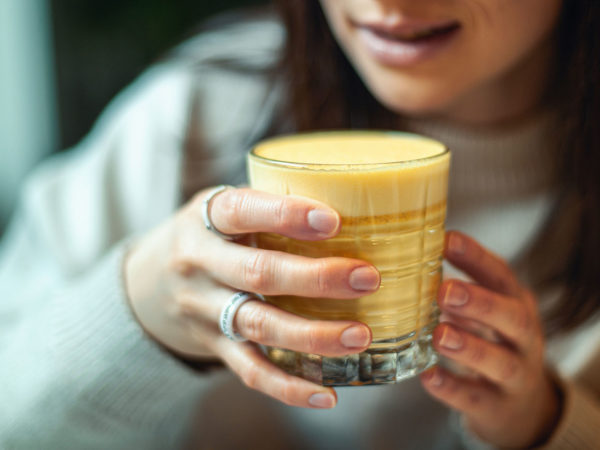 Turmeric (Curcuma longa) is the yellow spice most familiar in Indian curries and found in American prepared mustard. People whose diets are rich in turmeric have lower rates of breast cancer as well as prostate, lung and colon cancers, and recent research at the M.D. Anderson Cancer Center in Houston suggests that curcumin, an active component in turmeric, may help prevent the spread of breast cancer. In studies of mice, researchers found that curcumin helped stop the metastasis of breast cancer cells to the lung. Human studies following up on this finding are now in progress.

In the M.D. Anderson study, researchers injected mice with breast cancer cells from a woman whose disease had spread to her lungs. The cells began to grow in the mice and then were surgically removed. The mice then were divided into four groups: one got no treatment, one got curcumin, one got the cancer drug Taxol and the fourth group got curcumin plus Taxol. Cancer spread to the lungs among half the mice in the curcumin-only group and 22 percent of those in the curcumin/Taxol group. The other groups fared far worse: among the mice that received Taxol alone 75 percent developed lung tumors; and the cancer spread to the lungs among 95 percent of the mice who were given no treatment.

While these results are exciting, we don’t know yet if curcumin plus Taxol will be as effective in humans. However, the researchers were impressed enough to suggest that it might be worthwhile to give curcumin to women at high risk of breast cancer because of a family history of the disease.

My preference is for whole turmeric rather than isolated curcumin, because I believe in the synergy of all active elements in botanical medicines. I wish researchers would get off the reductionistic bandwagon and come around to appreciate the inherent complexity of nature. Whole turmeric extracts are the way to go; I always recommend them to patients rather than products containing isolated curcumin.

Turmeric is useful for all inflammatory disorders and for autoimmune conditions. It also may have a role in the prevention and treatment of Alzheimer’s disease. (Elderly villagers in India appear to have the lowest rate of Alzheimer’s in the world, perhaps due to the fact that Indians eat turmeric with almost every meal. Some animal studies have shown that curcumin blocked the formation and accumulation of the plaque that characterizes Alzheimer’s.)

Overall, turmeric appears to have significant anti-inflammatory and cancer-protective effects. These seem most evident at doses well below pharmaceutical strength, which suggests that it would be wise to consume more foods spiced with turmeric. But getting enough in food is not easy for Westerners. We are not familiar with using it, and large amounts taste bitter. Other than supplements, the best way I’ve found to consume turmeric is in the form of a cold, unsweetened tea. This is a popular beverage in Okinawa, the island culture famed for health and longevity. Convenient, tasty, instant forms of turmeric tea are easy to get there. I’m working to make them available through this Web site. Stay tuned.