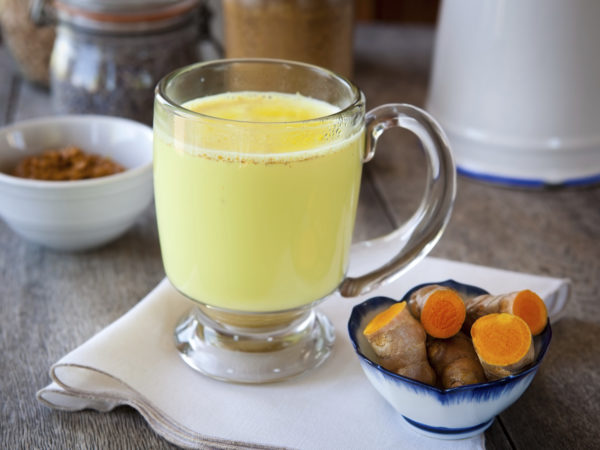 Turmeric is a spice made from the root of the Curcuma longa plant. It is used for culinary and medicinal purposes, as well as aesthetic ones: its bright yellow-orange color has been employed as a dye for centuries. A relative of ginger, it belongs to the Zingiberaceae family and is a major ingredient in Indian curries, gives American mustard its bright yellow hue, and is a medicinal spice that is known for its anti-inflammatory effects.

Native to southern India and Indonesia, it is a widely known and revered spice throughout Asia and the Middle East, where it has been harvested for more than 5,000 years. Arab traders brought turmeric to Europe in the 13th century, and its use, both medicinal and culinary, has spread to the West. It is now commercially produced in India, Indonesia, China and Taiwan.

As a medicinal herb, turmeric is prized for its natural, non-toxic, anti-inflammatory and antioxidant properties. Its chief active component is curcumin, which has the ability to neutralize free radicals. Orally, turmeric may lower the risk of inflammatory disorders including arthritis and joint pain, stimulate appetite, and reduce the symptoms of hepatitis, liver and gallbladder conditions, and jaundice. It may also be useful in addressing headaches, depression, and symptoms of the common cold.

Turmeric is regarded as especially helpful for digestive concerns, including inflammatory bowel conditions like Crohn’s disease and ulcerative colitis, even when taken in modest amounts such as the quantity in a curry dish. Curcumin has a cholesterol-lowering effect, and may be able to help prevent the oxidation of cholesterol, which can have protective effects in those with coronary artery disease and atherosclerosis.

Topically, turmeric can be applied to address a variety of skin conditions and infected wounds, bruising, ringworm and oral inflammation.

Turmeric deserves special mention in the context of specific conditions such as several types of cancer and of Alzheimer’s disease. Studies have suggested curcumin’s antioxidant activity may offer the following characteristics:

In addition, epidemiological studies have linked turmeric consumption to lower rates of lung cancer and cancers of the lower intestine, prostate and breast. It may even lower risk of developing childhood leukemia.

Regarding Alzheimer’s disease, epidemiologic evidence suggests turmeric may lower the risk of this and other neurodegenerative diseases. Populations that eat turmeric regularly have very low levels of Alzheimer’s, possibly due to curcumin’s action against free radicals, a major factor in age-related neurological degeneration. Another active ingredient in turmeric, bisdemethoxycurcumin, boosts immune system activity in patients with Alzheimer’s, promoting the clearing of amyloid beta plaques in the brain that are characteristic of the disease.
Nutritionally, turmeric is an excellent source of both iron and manganese as well as a good source of vitamin B6, dietary fiber and potassium.

Turmeric should be used with caution in people who have gastroesophageal reflux disease (GERD) and those who are scheduled for surgery as large amounts of turmeric can increase bleeding time. Discuss with your physican.

As a culinary spice, turmeric can be added to foods to offer a deep flavor variously described as warm, peppery and earthy. A teaspoon can add an entirely new dimension to foods including rice; sautéed fruits and vegetables like apples, cauliflower or greens beans; yogurt dips; lentils and other legumes; and salad dressings.

It is used in North American foods such as bread and butter pickles, cheese and butter. Around the world, it is a common spice in dishes featuring chicken, coconut, potatoes, beans, lentils, chutneys and relishes, soups and even desserts.

Dr. Weil’s take on turmeric:
I have long recommended drinking turmeric tea. It is a popular drink in Okinawa, and probably one of the reasons that lifespans are longer there than any other country. To make it, bring four cups of water to a boil; add one teaspoon of ground turmeric and reduce to a simmer for 10 minutes; strain the tea through a fine sieve into a cup, and add honey or lemon to taste.

When buying, choose dried turmeric rather than curry powder for the highest concentration of curcumin. Store in a tightly sealed container away from light and heat for up to six months. Fresh turmeric root is also available – look for a distinctive, deep-orange root and store in the refrigerator for several weeks.

When using turmeric, be careful of its color: it can easily stain hands, countertops and chopping boards. Immediately wash any area turmeric touches, and consider wearing gloves to prevent staining your hands and fingers.

Watch as Dr. Weil discusses turmeric in his healthy kitchen. 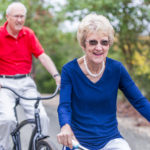