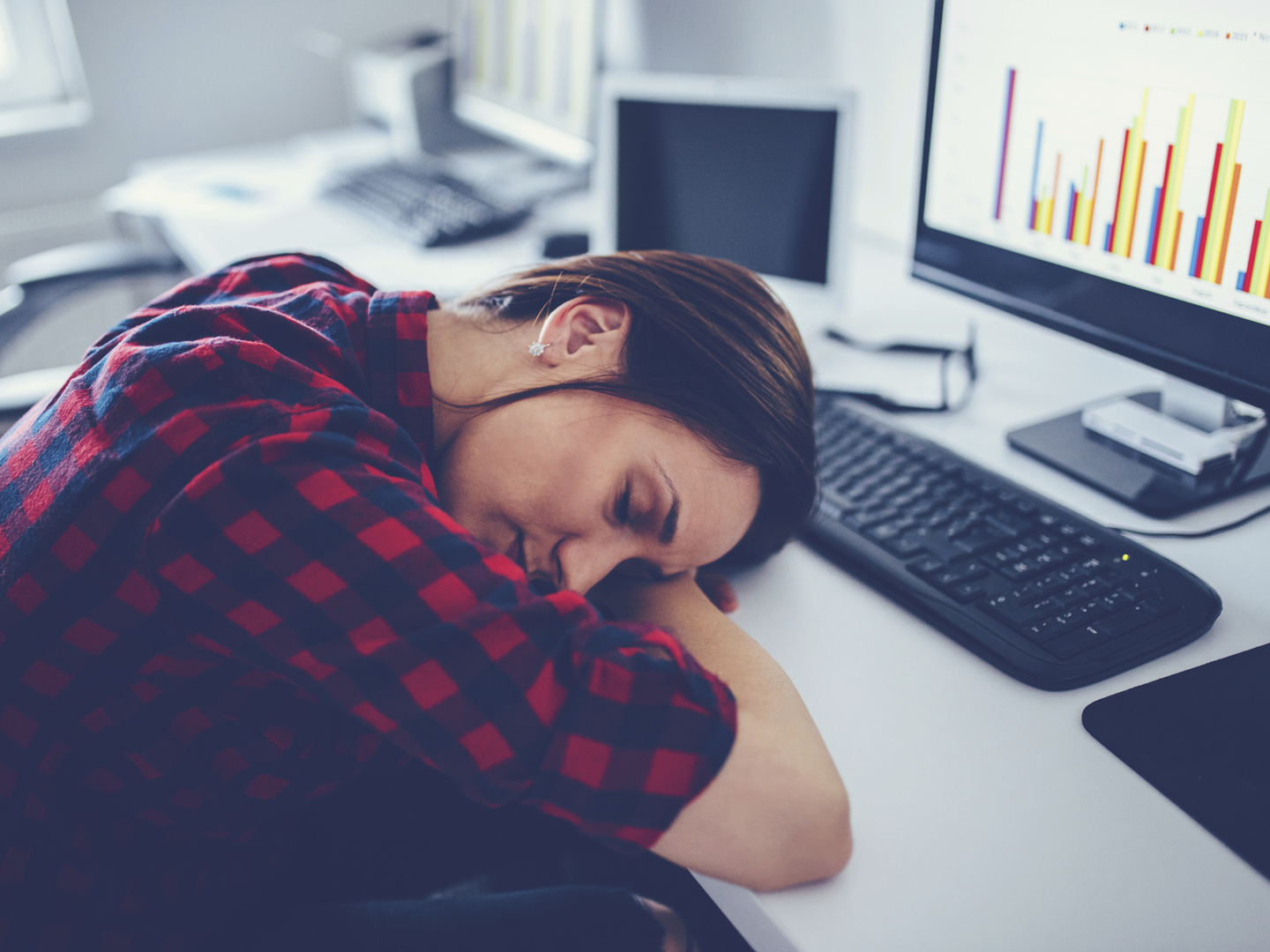 Daytime drowsiness is often associated with sleep apnea, a disorder that causes interruptions of breathing during sleep. However, new research suggests that a condition called excessive daytime sleepiness (EDS) is more often due to obesity than sleep apnea. According to investigators at the Penn State College of Medicine, EDS may affect up to 30 percent of the population. This problem has been associated with depression as well and can lead to what the researchers call “irresistible sleep attacks.” Daytime sleepiness is a real concern because it can reduce job productivity, increase errors and absenteeism and, worse, contribute to automobile accidents.

To gather reliable data on EDS, the Penn State team followed 1,395 men and women for an average of 7.5 years. All the study participants completed a comprehensive sleep history at the start. They all had physical exams and were individually evaluated for one night in a sleep lab. In addition to assessing the participants’ sleep, the researchers kept tabs on their physical and mental health and substance use, if any.

In the end, the team determined that obesity and weight gain primarily predicted daytime sleepiness. Further, weight loss predicted “who was going to stop experiencing daytime sleepiness, reinforcing the causal relationship,” said study leader Julio Fernandez-Mendoza, assistant professor of psychiatry at the Penn State College of Medicine’s Sleep Research and Treatment Center. The link between obesity and daytime sleepiness had nothing to do with sleep duration, meaning that these people were tired during the day no matter how much sleep they were able to get at night.

Other studies have shown that while CPAP (continuous positive airway pressure) machines used to treat sleep apnea greatly reduce the number of pauses in breathing that occur during the night, the treatment doesn’t effectively diminish daytime drowsiness. This is “probably because CPAP does not help reduce weight,” Dr. Fernandez-Mendoza said.

They also found that depressed participants in the study had a high incidence of EDS, probably because of physiologic sleep disturbances, including taking longer to fall asleep and waking up in the middle of the night.

If you’re affected with daytime drowsiness, these new findings suggest that losing weight or seeking treatment for depression may help you overcome it.