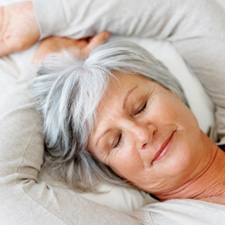 Actually, both are right. Some fascinating new research suggests that brain cells do shrink temporarily – increasing the space in between the cells by about 60 percent during sleep, and that this shrinkage has an important purpose. It makes possible a process of “trash removal” that eliminates toxic waste products, including some of the proteins associated with Alzheimer’s disease (AD) and other neurological disorders. Studies in mice at the University of Rochester first revealed this waste removal process. The results are significant because the mouse brain is considered a good model of the human brain. The same waste removal system has been seen in the brains of rats and baboons, but so far, not in humans. Once swept out of the brain, the wastes are flushed through the circulatory system into the liver, which renders them harmless.

The human lymphatic system is responsible for cleaning wastes out the rest of the body, but it can’t penetrate the brain-blood barrier. In their mouse studies, the Rochester investigators found that another network, which they call the “glymphatic” system, takes care of cleaning up the brain. The “g” in “glymphatic” stands for glial cells, which have been called the “glue of the nervous system” because they help hold neurons in place.

The Rochester researchers saw that while the mice they studied were asleep, the nervous system was speedily pumping fluid into the brain and rinsing it out very quickly. Then they discovered that this laundering process was made possible by the shrinkage of brain cells during sleep, a change that allows the fluid to circulate more freely. The brain cells enlarge again when the mice wake up.

Researchers have speculated that the cleansing process can’t occur while we’re awake because the brain is too busy with other things. They have noted that diseases linked to dementia, including AD, are associated with sleep disorders and that amounts of beta amyloid, the substance that forms the sticky plaques associated with AD, increase while we’re awake but decline when we’re sleeping.

This cleansing process may explain why sleep is so important to good health. One of the Rochester researchers was quoted in news reports as saying that the trash collection in the brain might explain why our thinking is so foggy when we’re deprived of sleep and why prolonged sleeplessness can be lethal in animals and humans.

Conceivably, further investigation of this cleaning process may demonstrate that optimizing sleep can help prevent Alzheimer’s by allowing beta amyloid to be swept away more efficiently. 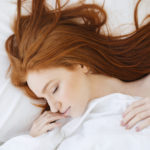 How Gratitude Can Help You Sleep 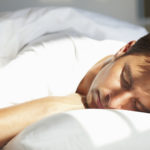