This is true – it’s called “masked” hypertension, meaning that your blood pressure is normal in the doctor’s office but high when measured elsewhere. This phenomenon is the opposite of white-coat hypertension – blood pressure that reads high in medical settings but is otherwise normal. Just as some people experience an increase in blood pressure in a doctor’s office due to anxiety, others are calm during medical visits but are exposed to stress at home or at work that results in elevated readings not captured in their medical charts.

The incidence of masked hypertension – and thus the number of people who don’t realize they are at risk – may be higher than you think. A 2016 study from Stony Brook University and Columbia University found that nearly 16 percent of 888 working, middle-aged participants who agreed to wear ambulatory blood pressure monitors for 24 hours turned out to have masked hypertension.

Researchers also reported that masked hypertension was more common among those participants who had what was then called “prehypertension” – with systolic pressure (the top number) between 120 and 139 millimeters of mercury (mmHG) over a diastolic (bottom number) pressure of 80 to 89 mmHG. Shortly after the study was published, however, the American College of Cardiology and the American Heart Association released new definitions to help guide hypertension management. Normal blood pressure is now considered below 120/80, with “elevated” blood pressure defined as readings of up to 130/80. A reading between 130 and 139 systolic OR between 80 and 89 diastolic (the bottom number) is now considered Stage 1 hypertension. Stage 2 hypertension is defined as a blood pressure at or above either 140 systolic OR 90 diastolic.

The numbers matter. One Chinese study of nearly 4,000 people over a 27-year period found the incidence of stroke was 58 percent higher in subjects whose blood pressure was between 140 and 159 systolic when compared with the control group, whose systolic value was less than 130. The results were even more dramatic for those with systolic values between 160 and 179, which had a 1.56-fold risk increase compared to the control group, and those whose systolic values were 180 or over, who showed a 2.08-fold increase in risk. The increase in stroke risk for those under 65 years old, however, started at just 130/80.

Given the significant risks of high blood pressure, and of masked hypertension, having your pressure measured regularly and in different settings is a prudent preventive strategy. Reliable automated electronic devices for checking your blood pressure at home are available online and at most pharmacies; they cost between $50 and $100. Check your blood pressure at random times, three or four times a day. Keep a log of the readings for a month and share them with your doctor during your next appointment. 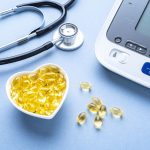 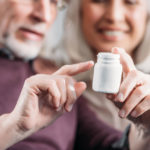