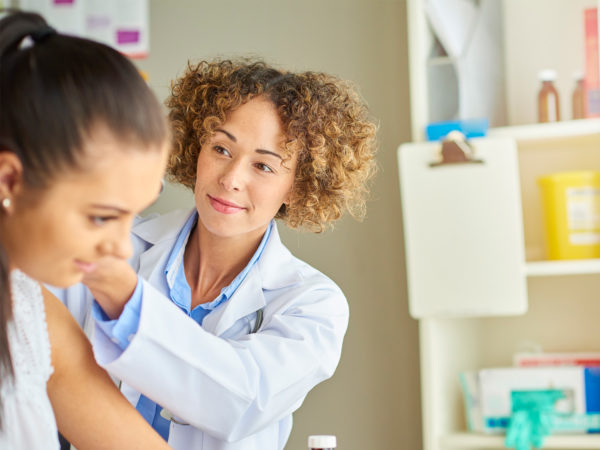 Daith piercing is performed on the outer ear where the cartilage ridge ends above the opening to the ear canal. (You can see photos showing this location online.) There’s no scientific proof that this actually works to prevent or relieve migraines, and there have been no studies. All we have are testimonials from people who have had the piercing and are happy with the results.

One theory of why daith piercing might be effective is related to its proximity to an acupuncture point used to relieve migraine pain.

Migraines develop when certain hyperactive nerve cells send out signals that trigger dilation of blood vessels in the head. This leads to the release of pro-inflammatory substances such as serotonin and prostaglandins that set off migraine pain. That process is unlikely to be altered by a piercing in the ear.

The notion that piercing works because it is placed at an acupuncture point doesn’t add up either, because when acupuncture is used for this purpose, needles are inserted at multiple points. Research from China published in 2012 suggested that acupuncture can reduce the frequency of migraines and may have lasting effects. The study included nearly 500 adults who received either real or sham acupuncture; the participants didn’t know which treatment they were getting. Afterward, all the patients – even those who received the sham treatment – reported only 3 days of migraines per month on average, down from 6 days prior to the acupuncture. However, the researchers found that over time, only the patients who underwent real acupuncture had fewer and less intense headaches.

A German investigator commenting on the Chinese study noted that earlier research suggests that migraine patients who respond well to acupuncture are those who haven’t been helped by other treatments, and those who have had prior positive experiences with acupuncture.

If you have migraines and other treatments haven’t helped, acupuncture may be worth trying. I recommend looking for certified acupuncture practitioners who specialize in traditional Chinese medicine or use acupuncture as their primary form of treatment.

The migraine relief some people attribute to daith piercings could be a placebo effect, which is fine, although we don’t know how long it will last. We have no idea how many migraine patients who have the piercings actually get relief. Beyond that, daith piercings can be quite painful. And because they are done at tattoo parlors, they may present the danger of infection if sterile procedures aren’t followed. I would avoid daith piercings for migraines until we have scientific evidence showing that they’re reliably effective.