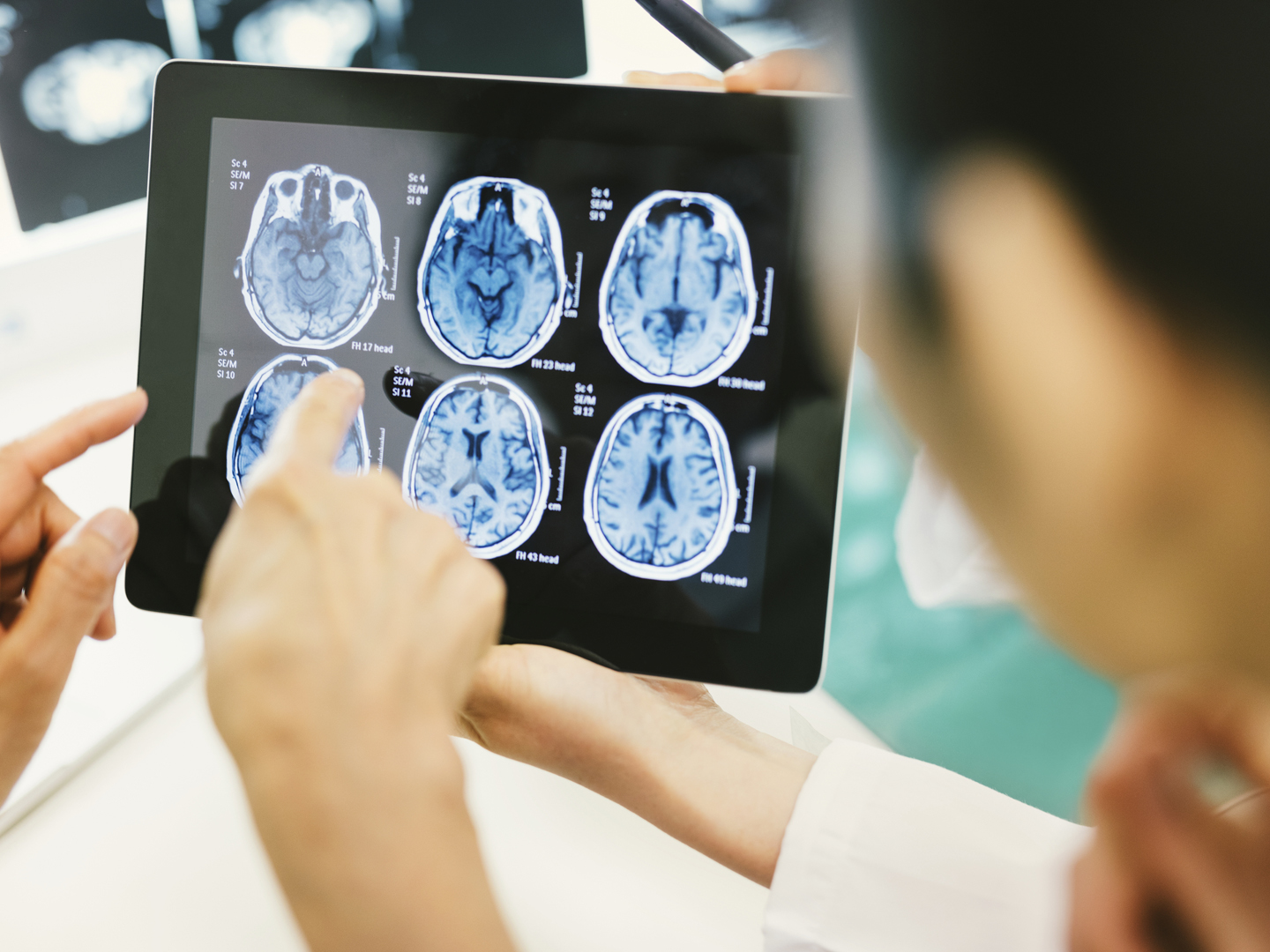 New research does suggest that an area of the brain involved in processing pain is thicker than normal in people with recurrent migraine headaches. But we don’t know whether the difference is a result of the migraines or was there in the first place and might be a cause of the headaches, or simply a sign of heightened sensitivity to pain. To find out, researchers would have to follow migraine patients over a period of time to see whether the brain area gets progressively thicker.

Investigators from the Martinos Center for Biomedical Imaging, which is affiliated with Harvard Medical School and the Massachusetts General Hospital, published these surprising findings in the November 20, 2007 issue of Neurology. They compared brain scans of 12 people whose migraines are preceded by an aura (visual disturbances such as flashing lights, blurred vision or seeing zigzag lines) and 12 migraine patients whose headaches aren’t accompanied by an aura with scans from 12 people who don’t have migraines. They found that in all of the migraine patients the somatosensory cortex area of the brain was 21 percent thicker than in the people who didn’t have migraines.

Migraine experts suspect that the brain changes seen on the scans are a result of the disorder rather than an inborn difference. Their thinking appears to be that repeated migraines stimulate this pain sensitive area of the brain causing the thickening.

One expert quoted in news reports about the findings said that with preventive medication and prompt treatment of migraines, the brain thickening observed in the new study might not occur. As of yet, we don’t know if the thickening has any clinical relevance or influence over brain functioning.

Some 28 million Americans suffer from migraines. Conventional medicine treats these headaches with drugs called triptans. Triptans are not free of side effects, some of which are serious. Many alternative treatments are available, both to relieve and prevent migraines. A study published in the December 28, 2004 issue of Neurology found that the herb butterbur (Petasites hybridus) is an effective preventive. Patients who took two 75 mg tablets of butterbur extract cut headache occurrence by an average of 48 percent (compared to 26 percent among patients who received a placebo. When buying butterbur, be careful to choose extracts guaranteed to be free of pyrrolizidine alkaloids (PAs), compounds that are toxic to the liver. Take butterbur with meals.

Other alternatives include dietary measures (avoiding foods that trigger your headaches) as well as taking high-doses of vitamin B-2. A Belgian study published in the February 1998 issue of Neurology found that 400 mg of B-2 reduces the frequency and duration of migraines. You’ll need a doctor’s prescription to get that dosage. Biofeedback training can also help.