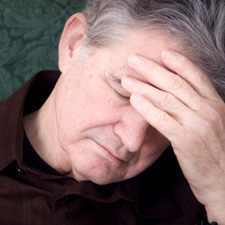 You’re no doubt referring to a study published online in the journal Science Translational Medicine in January 2014. It was designed to find out how the information and instructions doctors give patients about medicines influences the way patients respond to them – in this case, whether or not migraine headaches could be successfully treated with a placebo pill instead of the real thing.

Knowing the recurrent nature of migraines, researchers from Boston’s Beth Israel Deaconess Medical Center compared the effects of treatment with prescription migraine drugs and placebos in 66 patients. They gave each patient six envelopes containing pills to be taken for each of their next six migraine attacks. Two of the envelopes were labeled "Maxalt" (rizatriptan), a drug that can effectively relieve migraines. Two others were labeled "placebo" and the last two were labeled "Maxalt or placebo." However, in each case, one of the envelopes contained Maxalt and the other did not.

First, the researchers asked the patients to document their next migraine without taking any medication, describing the pain and any accompanying symptoms (such as nausea, vomiting, sensitivity to light or sound) 30 minutes after the headache began and two hours later. When they experienced the next migraine after that, they were asked to take the pill in the first of the six envelopes and again document the pain and other symptoms 30 minutes and again two hours later. And so on.

Results showed that the benefits of the Maxalt increased when patients thought they were receiving an effective drug for the treatment of acute migraine. However, when the identities of Maxalt tablets and placebo were switched, patients reported similar reductions in pain from the placebo pills labeled as Maxalt and the Maxalt tablets labeled as placebo. The patients also reported pain relief even when they knew the pill they were receiving was a placebo, compared with no treatment at all.

The researchers wrote that when patients expect a drug to work, the drug becomes more effective. With migraines that means shorter headaches and in the long run less need for medication. The investigators studied more than 450 migraine attacks in the 66 patients.

"Our discovery showing that subjects’ reports of pain were nearly identical when they were told that an active drug was a placebo as when they were told that a placebo was an active drug demonstrates that the placebo effect is an unacknowledged partner for powerful medications," the researchers wrote. They noted that even though the Maxalt worked better than the placebo to relieve migraine pain, overall the placebo accounted for at least half of the pain relief  reported.