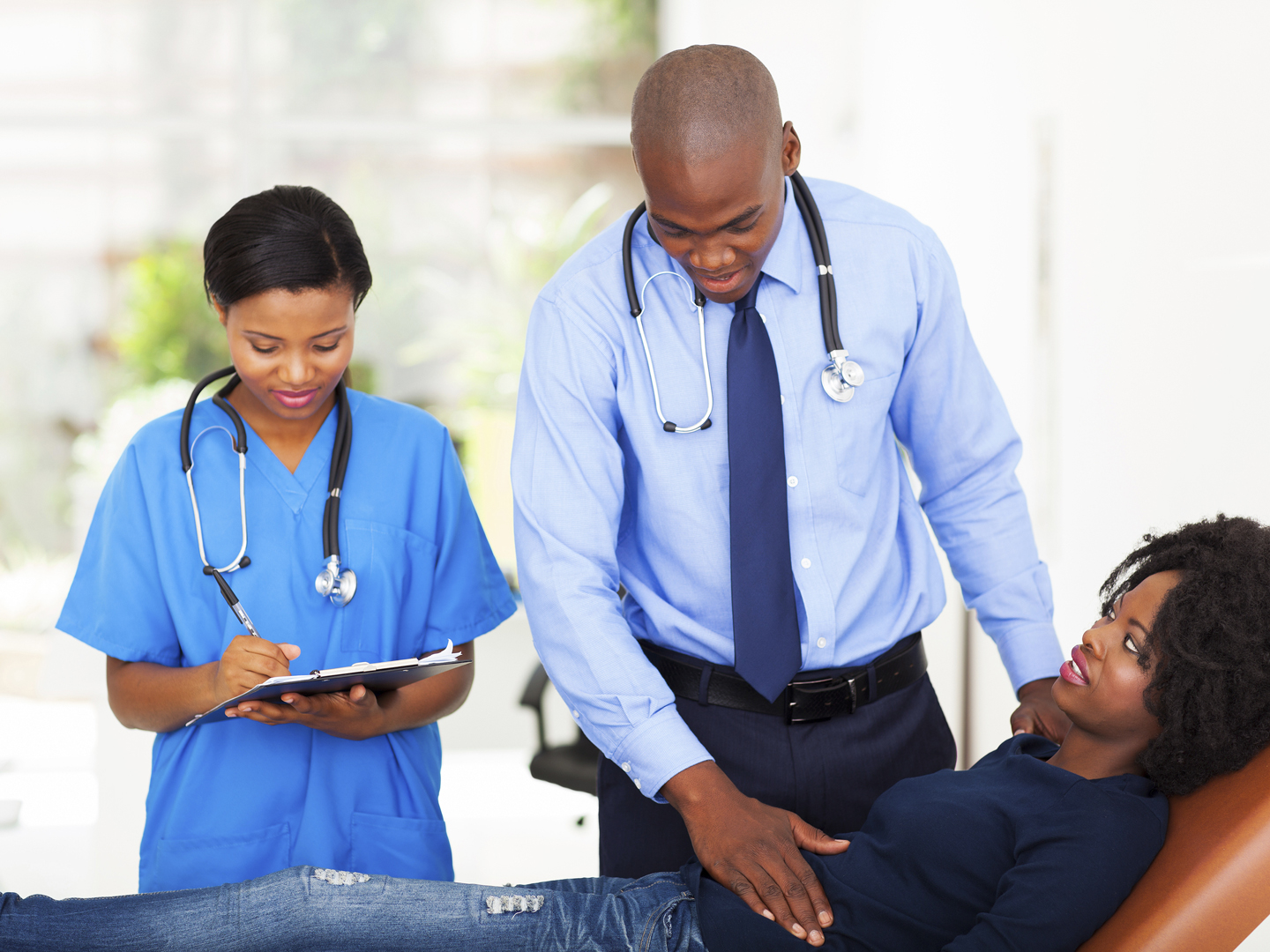 H. pylori (Helicobacter pylori) is a bacterium that can infect the intestinal tract and is a contributing factor in most ulcers. Based on what you’ve told me, I’m assuming that the pain you refer to (other than headache) is gastroesophageal. It might stem from an ulcer or from gastroesophageal reflux disease (GERD), a condition that occurs when acidic stomach contents move backward (reflux) into the esophagus, causing pain usually described as heartburn.

I discussed your question with Sandy Newmark, M.D., a California based pediatrician on the faculty of the Arizona Center for Integrative Medicine. If your daughter already has had standard medical treatment (antibiotics) for H. pylori, the fact that she is still having abdominal pain suggests that she should be rechecked (usually with a simple breath test) to make sure that the bacteria have been eliminated, Dr. Newmark said.

If she still has symptoms and tests show that treatment did eliminate the infection, Dr. Newmark recommends having your daughter checked for other causes. One possibility is food sensitivities. Another is a chronic viral infection, such as the Epstein Barr virus (EBV). This common virus, which can cause mononucleosis in teenagers, infects almost everyone sooner or later. Younger children usually don’t develop symptoms, but some do. Tests can determine if she is infected with EBV.

Common food sensitivities in children include cow’s milk, peanuts, fish and shellfish, wheat, soy, and tree nuts. If you or your physician suspects this problem, the first step usually is to keep a record for a few weeks of everything your daughter eats, noting any symptoms that develop in response to specific foods. This can help narrow the number of possible problem foods. After that, your daughter’s pediatrician or an allergist may suggest an avoidance diet of patient-defined triggers, a “hypoallergenic” diet for four to six weeks, or a rotation diet, in which new foods are introduced sequentially. Once symptoms have been associated with a food or food group, the intolerance can be confirmed with a “challenge” in which a patient is given the suspect food and then watched to see if symptoms develop (this isn’t practical when symptoms are severe).