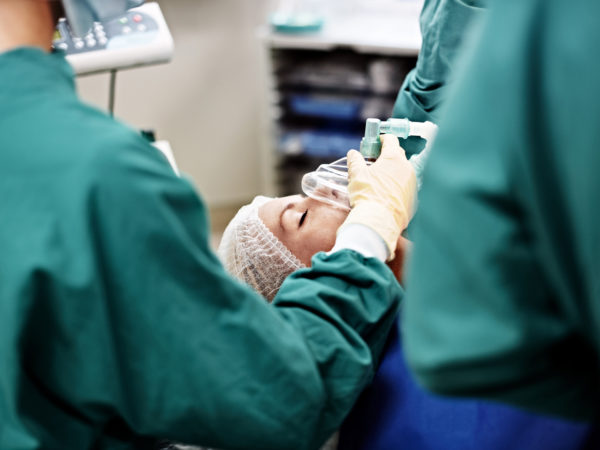 Sedation for colonoscopies has become a bit controversial. At issue is the growing practice in some parts of the United States of giving patients unnecessary full anesthesia. This is typically performed with the drug Propofol, a powerful sedative that must be administered and monitored by an anesthesiologist. This colonoscopy anesthesia can be an expensive option if the anesthesiologist’s fee is not covered by your health insurance. According to a study published in the March 20, 2012, issue of the Journal of the American Medical Association (JAMA), the use of full anesthesia for colonoscopy procedures is adding $1.1 billion annually to medical costs.

Some patients undergoing colonoscopy do so without any anesthesia at all, but the majority still gets “conscious sedation” – a combination of drugs to relax you and block pain. Although they are semi-conscious during the procedure, most patients don’t remember much about it afterwards. This type of sedation is endorsed by three gastroenterology societies for uncomplicated cases and can be administered by the gastroenterologists themselves. The use of full anesthesia usually is recommended only for patients considered at high risk because of age, illness, or a prior history of complications with sedating drugs.

Explanations vary for the use of full anesthesia during colonoscopies. In some cases, low risk patients may request Propofol because they want to be totally unconscious during the procedure and have heard that the drug wears of quickly and doesn’t leave you groggy. Another explanation relates to increasing obesity: obese patients are more likely to have sleep apnea, which can make sedation trickier. And patients who regularly use opiate painkillers like Vicodin may require more sedation.

If you’re not a high-risk patient due to illness, obesity, or drug use, there’s no reason to undergo full anesthesia for a colonoscopy. Be sure to ask what type of sedation will be used when making your appointment. If it is full anesthesia, you can either find another gastroenterologist who will administer “conscious sedation” or determine in advance what the charges will be for full anesthesia and make sure your health insurance will cover them.

You also could consider a “virtual” colonoscopy done via a CT scan or MRI. These procedures don’t require sedation and take only 10 minutes compared to 30 to 60 minutes for a conventional colonoscopy. The downside is that not all health insurance (including Medicare) covers these procedures, and they’re not as widely available as the conventional exams. Also, if the virtual procedure reveals any abnormalities, you’ll have to undergo a regular procedure to diagnose them.