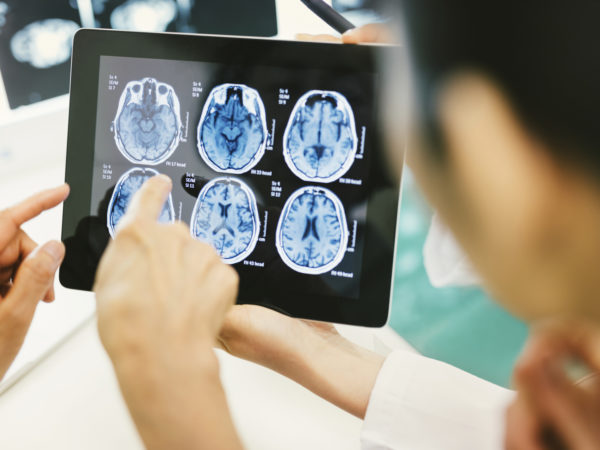 Parkinson’s disease (PD) is a neurodegenerative disorder that affects nerve cells in the part of the mid-brain responsible for muscle movement. Degeneration of these cells lowers brain levels of the neurotransmitter dopamine, causing the tremors, rigidity, slow movements and difficulties with balance characteristic of the disease.

New research suggests that suffering even a mild concussion – one type of traumatic brain injury (TBI) – can increase the risk of PD. This finding emerged from research that gathered medical information on 162,935 male and female military veterans diagnosed with TBI and compared them to the same number of people who hadn’t had brain injuries but were similar in other respects. The veterans who had mild TBIs with little or no loss of consciousness were 56 percent more likely to develop Parkinson’s than those who didn’t have a history of these injuries. The increased risk was even higher – 83 percent – among veterans who had moderate to severe TBIs with longer loss of consciousness.

While these risks seem high, the study showed that out of 76,297 participants who had mild concussions only 360 – 0.47 percent – developed PD. Even among the 72,592 vets who had suffered moderate to severe TBIs, only 543 – 0.75 percent – eventually were diagnosed with the disease.

The researchers – from the University of California, San Francisco and the San Francisco Veterans Affairs Medical Center – also reported that vets who had any form of TBI and subsequently developed Parkinson’s were diagnosed an average of two years earlier than PD patients who had no history of TBI.

The team noted that, in veterans, concussions may stem from exposure to explosions in combat areas. However, the TBIs among vets in the study typically occurred during civilian life. In the general population these injuries usually are related to falls (especially in older people) as well as to motor vehicle accidents and participation in contact sports.

Some studies have found abnormal deposits of the protein alpha-synuclein in the brains of people with TBIs. It is a marker for Parkinson’s.

A known risk OF PD IS a family history of the disease. People with an affected first-degree relative – a parent, child or sibling – are more susceptible. In March of 2011, researchers at Mount Sinai School of Medicine published data indicating that mutations in a gene called LRRK2 are associated with the most common inherited form of PD.

Exposure to herbicides and pesticides is another risk factor. In 2013, Italian researchers who reviewed 104 studies from around the world concluded that exposure to pesticides, bug and weed killers and solvents appears to be associated with a 33 to 80 percent increase in the risk of developing Parkinson’s. They also reported that in controlled studies, exposure to specific chemical compounds, including the weed killer paraquat, and two fungicides, maneb and mancozeb, doubled the risk.