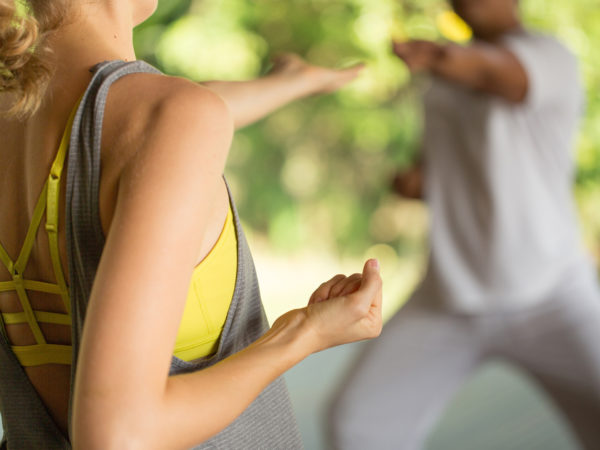 What is Parkinson’s disease?
Parkinson’s disease is the second most common neurodegenerative disorder worldwide after Alzheimer’s disease. Parkinson’s affects nerve cells in the part of the mid-brain known as the substantia nigra, responsible for muscle movement. The result is tremors, rigidity, slow movements and difficulties with balance . Its signs and symptoms worsen over time, eventually leading to cognitive problems including dementia. But although Parkinson’s may result in disability, the disease often moves slowly, and most people have a number of years of only minor disability following a diagnosis.

The motor symptoms alone are known as parkinsonism – they may be due to Parkinson’s disease, or to a number of other causes that may be temporary or reversible.

The disease is named after James Parkinson, a British physician who published the first detailed description of the condition in 1817. Famous Americans including actor Michael J. Fox and boxer Muhammed Ali have the condition, and have raised awareness of it via books, appearances and interviews on behalf of groups such as the National Parkinson Foundation.

What are the causes?
There appears to be a genetic component, as people with a first-degree relative who has Parkinson’s, such as a parent, child or sibling, are at greater risk. In March of 2011, researchers at Mount Sinai School of Medicine published research indicating that mutations in a gene called LRRK2 are associated with the most common inherited form of the condition.

Certain drugs, when taken for long periods of time or in amounts greater than recommended, can cause parkinsonism. These include medications such as Haldol (Haloperidol) and Thorazine (Chlorpromazine), used to treat psychiatric disorders, as well as drugs used to treat nausea, such as Reglan (Metoclopramide ). The anti-seizure drug, Depakene (Valproic Acid), also may cause some of the features of parkinsonism, notably severe tremor. These medications do not result in Parkinson’s disease, however, and symptoms resolve when the medications are no longer used.

Who is likely to get it?
Parkinson’s disease generally begins in middle or late life, and the risk continues to increase as people age. Other risk factors include:

What are the symptoms?
Initial symptoms may include: an arm that refuses to swing when you walk, a mild tremor in the fingers of one hand or slurred speech. You may lack energy, feel sad or have difficulty sleeping. Daily activities may take longer than normal. Other signs and symptoms can include:

How is it diagnosed?
A diagnosis of Parkinson’s disease is made based on medical history and a thorough neurological evaluation – there are no specific blood test or x-ray results that can definitively support the diagnosis . Your physician will inquire about any medications you take and whether you have a family member with Parkinson’s. The doctor will assess your balance, walking, coordination and dexterity. Even if the symptoms are not apparent to you, a trained physician may detect subtle signs of parkinsonism – reduced facial expressions, a lack of gestures or a slight tremor.

What is the conventional medical treatment?
Conventional treatment often includes medication. The most commonly used drug is levodopa, also known as L-DOPA, which is converted to dopamine in the brain. Because motor symptoms are the result of a relative lack of dopamine, administration of levodopa can temporarily reduce motor symptoms.

Other classes of drugs used to counter Parkinson’s symptoms include:

Treating motor symptoms with surgery was once common, but the advent of levodopa led to a reduction in surgeries. Today, for people with advanced cases for whom drug therapies no longer work well, surgery is again becoming a viable treatment option as surgical procedures become more targeted and sophisticated. The most common type of surgical intervention is deep brain stimulation (DBS). This involves implanting a device known as a brain pacemaker that sends electrical signals to specific parts of the brain to calm motor fluctuations and tremor.

What therapies does Dr. Weil recommend?
The tremor associated with Parkinson’s typically occurs when your hands are at rest. You can take the following steps to relieve or reduce shaky hands: Avoid caffeine, which can trigger production of adrenaline, a hormone that can worsen tremors. Avoid alcohol, which has pronounced effects on the central nervous system and can aggravate essential tremor, a condition that is sometimes confused with Parkinson’s disease. Regular exercise, including the use of light hand weights to promote stability in the hands and wrists, and consideration of tai chi to gently enhance balance, can be very beneficial. Ask your physician to recommend a physical therapist who can create an individualized fitness program for you .

Preliminary but promising evidence indicates that high-doses of coenzyme Q10, also known as CoQ10 – at a level of 1,200 mg a day – may be beneficial. Take CoQ10 with a meal containing fat for best absorption. The best form to use is a softgel capsule.

Parkinson’s disease can also be a predisposing factor in frozen shoulder (the medical term is adhesive capsulitis), a painful condition that can also limit arm movement on the affected side of the body. Dr. Weil suggests acupuncture and osteopathic manipulation; both can be helpful, and both are safer than more invasive measures. He also recommends trying DMSO (dimethyl sulfoxide) topically. You can buy it at your health food store or on the internet. It penetrates the skin and promotes healing of pockets of inflammation. Make a 70 percent solution of DMSO by diluting a 100 percent solution with distilled water and apply it to the shoulder with absorbent cotton. Let it dry. Apply the solution three times a day for three days. If you do not see any improvement, stop using it. If you do notice improvement, cut back to twice a day for three more days, then once a day for a final three days. After that your body can continue healing on its own.

One of the issues that people with Parkinson’s disease sometimes find themselves dealing with is an overactive bladder, or urge incontinence. Dr. Weil recommends trying these approaches for urge incontinence before resorting to drugs:

Many people with chronic illness experience depression as a result of their health circumstances, but Parkinson’s disease can also precipitate biochemical changes in the brain that may result in depression. Mild forms of depression may not require medication. In Buddhist philosophy, depression represents the inevitable consequence of seeking stimulation. The centuries-old teachings suggest that we seek balance in our emotional lives, rather than continuously striving for the highs, and then complaining about the lows that follow. Its basic recommendation encourages the daily practice of meditation, and this is perhaps the best way to address the root of depression and change it. This approach to managing mild depression requires long-term commitment, however, as meditation does not produce immediate results. For more immediate, symptomatic treatment of depression, there is no better method than regular aerobic exercise. Numerous studies have demonstrated the efficacy of a daily workout for improving mood and boosting self-confidence. Dr. Weil recommends thirty minutes of continuous activity, at least five days a week for best results. For those with more advanced forms of depression, specific therapy may be advised by your doctor.

How is it prevented?
Avoid exposure to environmental toxins such as pesticides, as heavy pesticide exposure (such as that experienced by agricultural workers) is one of the most clearly established risk factors for the development of the disease. Beyond this precautionary principle, however, preventive strategies against Parkinson’s disease are general in nature.

The anti-inflammatory diet counteracts the chronic inflammation that is a root cause of many serious diseases that become more frequent after age 60. Normally, inflammation occurs in response to injury and attack by germs. It is marked by local heat, redness, swelling, and pain, and is the body’s way of getting more nourishment and more immune activity to an area that needs them.

But inflammation is not always helpful. It also has destructive potential. We see this when the immune system mistakenly attacks normal tissues in such autoimmune diseases as type 1 diabetes, rheumatoid arthritis, and lupus. And we now know that inflammation also plays a causative role in heart disease, Alzheimer’s and Parkinson’s diseases, as well as other age-related disorders, including cancer.