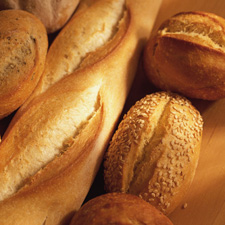 Celiac disease is an inherited, autoimmune disorder that is characterized by damage to the small intestine when the diet contains gluten, the protein in wheat that makes dough elastic. Gluten is also is found in rye, barley and, possibly, oats. Celiac disease affects about one percent of the U.S. population. It leads to the loss of villi, the tiny protrusions in the small intestines, which are essential to the proper absorption of nutrients from food. This can cause malnutrition, no matter how well an affected person eats. Celiac disease has a genetic component, and, like other autoimmune conditions, is often triggered by physical stress such as surgery, pregnancy, childbirth and viral infection. Severe emotional stress can also set it off.

Celiac disease manifests differently from person to person, with many and varied symptoms both in and out of the gastrointestinal system. These include recurring abdominal bloating and pain, chronic diarrhea, weight loss, anemia, bone pain, fatigue, and in children and infants, delayed growth and failure to thrive.

The only reliable treatment thus far is going gluten-free for life. Consuming even a small amount of this protein can cause intestinal damage. However, I’ve read about two new approaches to treating celiac disease that are in development:

I discussed these new approaches to celiac disease with Gerard Mullin, M.D., associate professor of medicine and an integrative gastroenterologist at Johns Hopkins Hospital. He notes that the two pill approaches are designed to work with a gluten-free diet and wouldn’t enable patients to eat normally. He adds that the most exciting option is a vaccine that can build the body’s tolerance to gluten and retrain the immune system not to react to it. Since both of the new approaches are in early stages of testing, even if they work, I wouldn’t expect them to be available for some years.