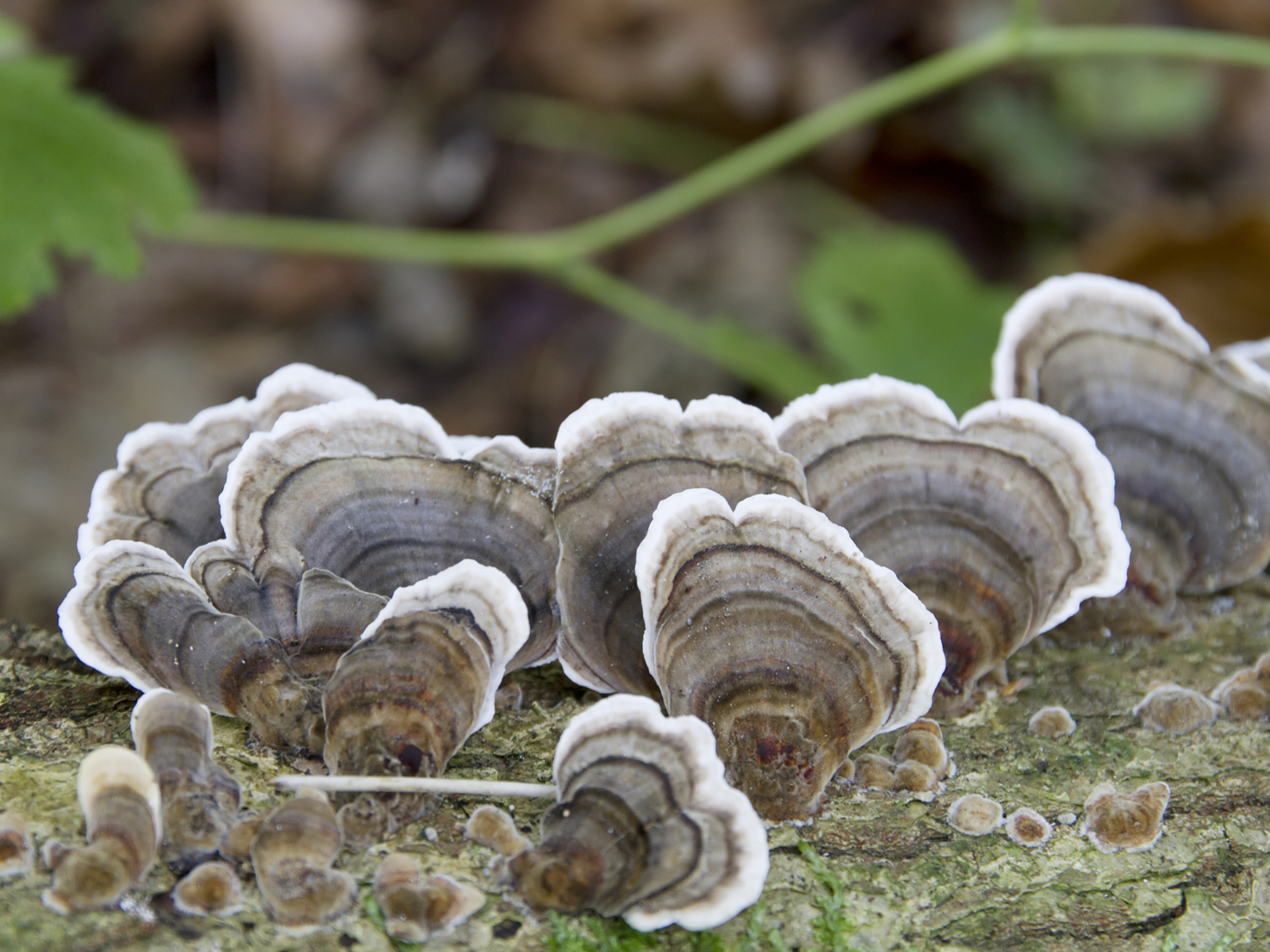 A number of studies suggest that turkey tail mushroom (Trametes versicolor) shows promise as a complementary treatment for people with cancer. In 2012, a small phase I clinical trial looked at the effects of turkey tail mushrooms on nine women with stages I-III breast cancer who had completed radiation therapy or chemotherapy. Results showed that immune function was enhanced in those who took daily doses of turkey tail in pill form. (The actual product used in the study was Host Defense Turkey Tail from Fungi Perfecti.) The researchers reported that the improved immune response was dose dependent and that none of the subjects suffered any adverse effects.

Turkey tail’s benefits may stem from its content of polysaccharopeptide (PSP) and polysaccharide-K (PSK), both of which appear to inhibit the growth of cancer cells. PSP may also stimulate the immune system, and PSK is approved in Japan as an adjuvant treatment for cancer.

I have long recommended medicinal mushrooms to strengthen the body’s natural defenses in persons with cancer. In fact, three other mushroom species, maitake, reishi and Agaricus blazei, have also shown promise as adjuncts in cancer treatments for their immune-enhancing and anti-tumor effects. Maitake (Grifola frondosa) is an edible mushroom known in the United States as “hen of the woods” because it resembles the fluffed tail feathers of a nesting hen. In addition to its anti-cancer, anti-viral and immune-enhancing properties, maitake may also help reduce blood pressure and blood sugar. Reishi (Ganoderma lucidum), too bitter and woody to eat as food, is widely available in tea bags, capsules and as liquid extracts. Animal studies have shown that reishi improves immune function and inhibits the growth of some malignant tumors; it is also a natural anti-inflammatory agent. Agaricus blazei contains beta glucans, a group of polysaccharides (complex sugars) believed to be the compounds responsible for its immune-boosting effects. Research has also shown that Agaricus blazei has anti-tumor and anti-viral activity, as well as moderating effects on blood sugar and cholesterol.