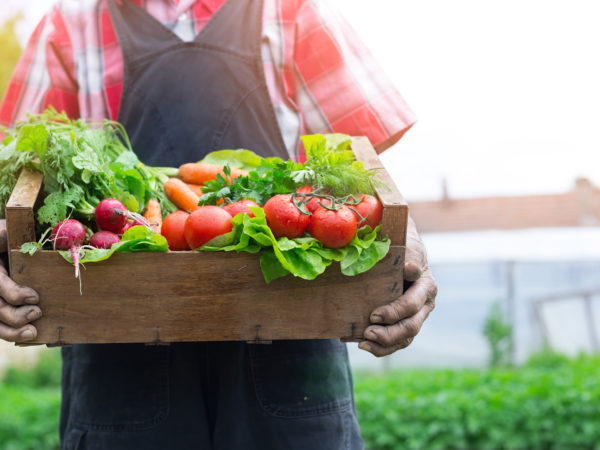 What is Hodgkin’s lymphoma?

Lymphomas are cancers of the lymph system. Lymph nodes are specialized oval-shaped glands distributed throughout the body that make and hold lymphocytes, the white blood cells that are key players in the immune system’s response to foreign invasion. Lymph nodes are connected throughout the body by a system of vessels which carry lymphatic fluid and cells to their destinations.

There are two broad classes of lymphomas, Hodgkin’s lymphoma and non-Hodgkin’s lymphoma – the difference is the specific type of lymphocytes involved. Hodgkin’s disease is relatively uncommon, accounting for less than 1 percent of all cancer cases in this country. While the vast majority of the more common non-Hodgkin’s malignancies appear in patients sixty and older, Hodgkin’s disease is typically seen in younger adults, teenagers and adolescent children. In the United States, approximately 8,000 individuals are diagnosed with Hodgkin’s each year, with over a thousand of those cases occurring in children and teenagers. At one point in time, Hodgkin’s disease was a uniformly fatal condition. Fortunately, advances in the diagnosis and treatment of Hodgkin’s have made it highly treatable, with the potential for a full recovery.

What are the symptoms of Hodgkin’s lymphoma?

Frequently those with Hodgkin’s disease experience few, if any, signs or symptoms. They may feel like they have the flu – with fever, chills, aches and pains, weakness, night sweats and loss of appetite. However, unlike influenza, these symptoms persist and can lead to unexplained weight loss, chronic fatigue, and severe itching. Hodgkin’s is often difficult to diagnose and commonly mistaken for infections (since they are most often responsible for lymph node swelling). Diagnosis is sometimes made incidentally from an X-ray, CT scan or MRI taken for another purpose that reveals swollen lymph nodes.

The classic sign of lymphoma is a swollen, non-tender lymph node. Hodgkin’s disease commonly involves lymph nodes in the upper parts of the body including the neck, above the collarbone, under the arm and in the chest cavity. Enlarged lymph nodes in the chest may lead to coughing, chest pain and shortness of breath. As the disease progresses in the chest, these enlarged nodes may press on the superior vena cava (SVC), the large vein that leads to the right side of the heart, causing swelling of the head and arms, or SVC syndrome, which can be life-threatening. Patients with SVC syndrome must be treated as quickly as possible.

Hodgkin’s disease classically spreads in an orderly fashion, from one group of lymph nodes to the next, rarely skipping an area of lymph tissue. Eventually, it can spread outside the lymph system involving other parts of the body, including the spleen, liver and bone marrow.

Like many cancers, the exact cause of Hodgkin’s disease is unknown, but there are factors that can raise the risk of getting the disease in certain individuals. Hodgkin’s disease occurs most commonly in two distinct age groups: people between 15 and 40 years of age and people who are 55 or older. Anyone with a brother or sister who has Hodgkin’s has a higher risk of developing the disease (there is uncertainty what plays a role – it is unknown whether purely genetic factors or similar environmental exposures are contributory). Males are slightly more likely to develop Hodgkin’s than females; and people who have had infectious mononucleosis (caused by the Ebstein-Barr virus) also seem to be more likely to develop the disease. Finally, having a suppressed immune system – due to receiving chemotherapy or radiation, taking immune-suppressing medications, or having HIV/AIDS – seems to put one at a higher risk for developing Hodgkin’s.

As many as 95 percent of people with early stage disease survive for five years or more with proper treatment, and even those with more advanced Hodgkin’s still have a five-year survival rate of 60 percent to 70 percent.

Since radiation in high doses may increase the risk of other forms of cancer (breast, lung, and thyroid), most children and teens who develop Hodgkin’s are treated with chemotherapy. They may also receive lower-dose radiation depending on the stage of the disease. Chemotherapy is also the preferred treatment in adults when Hodgkin’s advances and involves more lymph nodes or other organs. A major concern with chemotherapy is the possibility of long-term side effects and complications, such as heart and lung damage, liver toxicity, infertility and secondary cancers, including leukemia.

Chemotherapy regimens are commonly referred to by their initials based on the drugs used, such as MOPP (mechlorethamine, oncovin, procarbazine and prednisone) and ABVD (adriamycin, bleomycin, vinblastine and dacarbazine). Side effects of chemotherapy depend mainly on which drugs are given, dosage and length of administration. The drugs target rapidly dividing tissue, which includes some normal cells (including hair, skin, nails, the digestive tract, and blood cells) as well as cancer cells. Hair loss, nausea, vomiting, diarrhea, lip sores, fatigue, easy bruising, and increased risk for infection are all potential acute side effects of treatment. MOPP had been the basic regimen in the past, but due to its toxicity, several other formulations have been used clinically. ABVD seems to have less-severe side effects, and is currently the preferred treatment.

If Hodgkin’s disease recurs after chemotherapy, bone marrow transplantation is often the next step. It is routinely combined with high-dose chemotherapy. Autologous bone marrow transplantation involves collecting one’s own bone marrow or peripheral stem cells – bone marrow cells that travel into the bloodstream – prior to treatment, then freezing and storing them. High doses of chemotherapy or radiation are given to destroy the remaining bone marrow and all abnormal cells in the lymphatic system. Your own cells, which have been protected from the effects of the treatment, are then injected back into the body. New blood cells develop from the transplanted stem cells and bone marrow. Transplants are typically done in the hospital with precautions taken to prevent and limit side effects of high dose chemotherapy and radiation.

What therapies does Dr. Weil recommend for Hodgkin’s lymphoma?

If you are challenged by any form of cancer, Dr. Weil suggests the following:

With regard to taking supplements during cancer treatment, Dr. Weil recommends following the advice of Donald Abrams, M.D., an integrative oncologist at the University of San Francisco and a graduate of the Arizona Center for Integrative Medicine’s Associate Fellowship at the University of Arizona. Dr. Abrams says that questions about antioxidants are the most frequent ones he gets. In the absence of strong evidence, he now advises patients as follows: