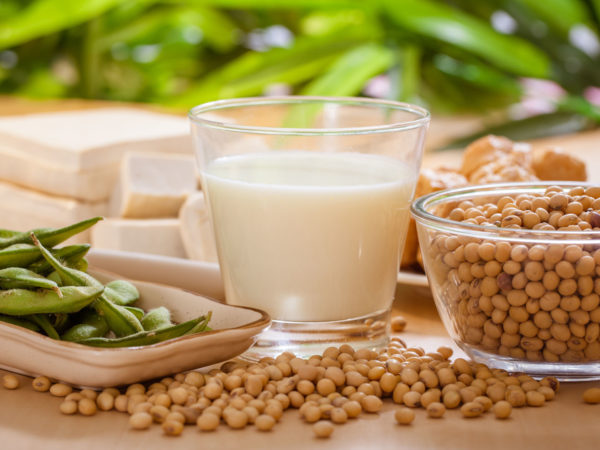 What is non-Hodgkin’s lymphoma?

Lymphomas are cancers of the lymph nodes, specialized glands distributed throughout the body that make and hold lymphocytes, the white blood cells which provide immunity. They are connected throughout the body by lymph vessels, which carry lymphatic fluid. There are two types of lymphoma cancers, Hodgkin’s lymphoma (or Hodgkin’s disease) and non-Hodgkin’s lymphoma – the difference is the specific type of lymphocytes involved. While Hodgkin’s disease is typically seen in younger adults, the vast majority of non-Hodgkin’s malignancies appear in people sixty and older.

What are the symptoms of non-Hodgkin’s lymphoma?

The classic sign of a lymphoma is a swollen, non-tender lymph node. Non-Hodgkin’s lymphoma can involve lymph nodes near the surface of the body, including the sides of the neck, the groin or underarm areas, and above the collarbone.

When the lymphoid tissue inside the abdomen is involved, the abdomen can become tender, painful, and/or swollen. This may be the result of large collections of fluid or a tumor.

When lymphoma causes swelling close to the intestines, the passage of feces may be obstructed, which may result in nausea or vomiting. The pressure or blockage can also cause discomfort or abdominal pain.

When lymphoma begins in the thymus or lymph nodes in the chest, it may irritate or compress the nearby trachea, which can lead to coughing or difficulty breathing.

Growth of lymphoma in the chest may press on the superior vena cava (SVC), the large vein that leads to the right side of the heart, causing swelling of the head and arms, or SVC syndrome, which can be life-threatening. Non-Hodgkin’s lymphoma patients with SVC syndrome must be treated as soon as possible.

Lymphomas of the stomach often cause abdominal pain, nausea, and decreased appetite. Lymphomas of the brain can cause headache, trouble thinking and moving parts of the body, personality changes, and, in some cases, seizures. Lymphomas of the skin can be seen and felt. They often appear as itchy, red to purple lumps or nodules beneath the skin.

In addition to symptoms and signs resulting from local effects of cancer growth, non-Hodgkin lymphoma can produce generalized symptoms, for example: unexplained weight loss, fever, drenching night-sweats (enough to soak clothing), and severe itchiness. The diagnosis of lymphoma may be prolonged because enlarged lymph nodes are more often caused by infections than by non-Hodgkin lymphoma.

What are the causes of non-Hodgkin’s lymphoma?

The incidence of non-Hodgkin’s lymphoma has been on the upswing, rising 73 percent between 1973 and 1991 and continuing to increase ever since. Most patients with non-Hodgkin’s lymphoma do not have any known risk factors, and the causes of their cancers are unknown. Non-Hodgkin’s lymphoma is not one of the cancer types often caused by inherited mutations, and there is no increased risk of lymphoma in the children of patients with lymphoma. A study from Yale University reported that long-term use of dark hair coloring among women who began coloring their hair before 1980 may increase the risk of non-Hodgkin’s lymphoma. Risks were highest among those who dyed their hair a dark color eight times a year or more. The study, published in the Jan. 15, 2004, issue of the American Journal of Epidemiology, found no increased risk of lymphoma cancer among women who began dyeing their hair after 1980 – no matter how often they applied color. This may be due to changes in the dye formulas (perhaps as a result of the elimination of coal-tar ingredients after they were found to be carcinogenic when fed to lab rats and mice).

Incidence rates are 60 percent higher than normal among AIDS patients.

Exposure to pesticides and other environmental toxins also seems to play a role (pesticides have been linked with the disease among farmers and higher than normal rates occur among dry cleaners, rubber workers, aircraft maintenance workers and petroleum refining workers).

For some lymphomas, stem cell transplants can be lifesaving. Stem cells can be harvested from the bone marrow or from circulating blood. Existing bone marrow (and any malignant cells it harbors) is then destroyed with high-dose chemotherapy, radiation or a combination of the two treatments.

What therapies does Dr. Weil recommends for non-Hodgkin’s lymphoma?

Conventional treatments for cancer, either conventional, alternative or a combination of both, can be enhanced by some simple lifestyle, diet and nutritional supplement strategies.