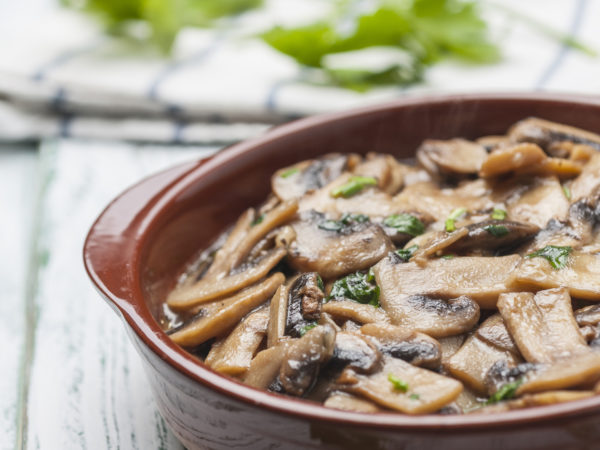 You’re referring to a study in China conducted by Australian researchers showing that women who ate the most fresh button mushrooms, 10 grams or more per day, were about two-thirds less likely to develop breast cancer than women who ate no mushrooms. Those who ate four grams or more of dried mushrooms, mostly shiitake (Lentinula edodes), daily had half the cancer risk of women who ate no mushrooms. Those who ate mushrooms and also drank green tea daily had only 11 to 18 percent the breast cancer risk of women who consumed neither. The findings were published in the March 15, 2009 issue of the International Journal of Cancer.

I asked integrative oncologist Donald Abrams, M.D., of the University of California, San Francisco Osher Center for Integrative Medicine, for his thoughts about these findings. He noted that many mushrooms have antioxidant, anti-inflammatory, immune-enhancing, antiviral and possible direct anti-tumor effects, and that it is biologically plausible that consuming mushrooms could decrease the risk of cancer. However, he said that a randomized placebo-controlled prospective clinical trial to prove this hypothesis would be very difficult to design and perform. Given this limitation, Dr. Abrams said we need to rely on information gathered from population studies such as the Australian one, in which investigators demonstrate that mushroom consumption decreases a woman’s risk of developing breast cancer, and that drinking green tea greatly enhances the risk reduction.

Noting that the white button mushroom (Agaricus bisporus) was the most commonly consumed fresh mushroom by the women in the study, Dr. Abrams points out that Agaricus species have been reported to contain natural aromatase inhibitors, substances that can block production of estrogen in the body. Today, pharmaceutical aromatase inhibitors are the first line in breast cancer treatment in women whose tumors are estrogen receptor positive (dependent on the hormone to grow and spread).

He also mentioned concerns about potentially cancer-causing compounds in agaricus species called hydrazines. Hydrazines can be inactivated by heat – a good reason to eat only thoroughly cooked mushrooms. But Dr. Abrams noted that some mycologists are not convinced that cooking button mushrooms inactivates all hydrazines. For this reason, he said, sound as the Australian study is, women should be cautious about eating large amounts of button mushrooms to prevent breast cancer and should instead concentrate on shiitake, oyster mushrooms, and other Asian varieties.

In summing up, he agreed with my view of mushrooms: “Bottom line, mushrooms are good medicine. Cook them well before eating them and enjoy a variety rather than any one specific type.”