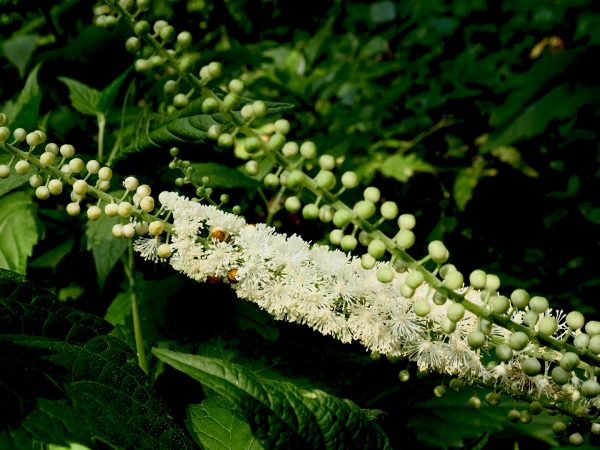 Black cohosh (Cimicifuga racemosa) is a perennial herb that has been widely used for relief of hot flashes. Whether the herb really works for this remains a scientifically unsettled issue, although many women and some doctors are convinced it does. The question of its safety for women who have had breast cancer or those with a family history of the disease also is unsettled. An investigation from Canada published in 2013 concluded after reviewing the results of 26 earlier studies that evidence did not support an association between black cohosh and increased risk of breast cancer. It also reported a lack of evidence that black cohosh reduced hot flashes in breast cancer patients, although the researchers called for more studies of both these issues.

For women who have breast cancer, Memorial Sloan Kettering Cancer Center warns against taking black cohosh if you’re on tamoxifen, chemotherapy, simvastatin, and drugs that are “substrates of cytochrome P450 3A4.” Here, the concern is that the herb may interfere with the action of tamoxifen, increase the toxicity of chemotherapy drugs, the activity and (potentially) the side effects of simvastatin and other medications metabolized by cytochrome P450 3A4.

Laboratory research has disproved the assertion that black cohosh contains formononetin, an estrogenic isoflavone, as had been previously reported. It also showed that black cohosh has no estrogenic effect on breast cancer cells in a test tube, although these findings don’t mean that the herb is completely safe. Still, based on what we know now, I think you can assume that taking genuine black cohosh will not increase your risk of breast cancer.

Your doctor’s concern that by using black cohosh to relieve hot flashes you will be getting the effect of estrogen unbalanced by progesterone is, I think, unfounded, given that black cohosh does not have significant estrogenic activity.

Overall, the jury is still out on whether black cohosh reliably relieves menopausal symptoms – and if so, how – as well as whether it poses any long-term dangers. Most studies showing that it does quell hot flashes have used one brand-name product, Remifemin. Other black cohosh products may not be effective at relieving hot flashes or may contain other ingredients that are concerning.  Side effects of this herb are minimal; occasionally, it causes mild digestive distress. 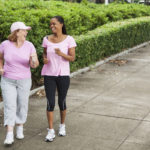 Caring for your mind and spirit can transform your later years from a trial to a celebration. Preventive steps such as managing unhealthy stress, socializing and embracing spirituality can help – sign up for your free trial of Dr. Weil on Healthy Aging for more ways to treat your body, mind and spirit well!
Get Started