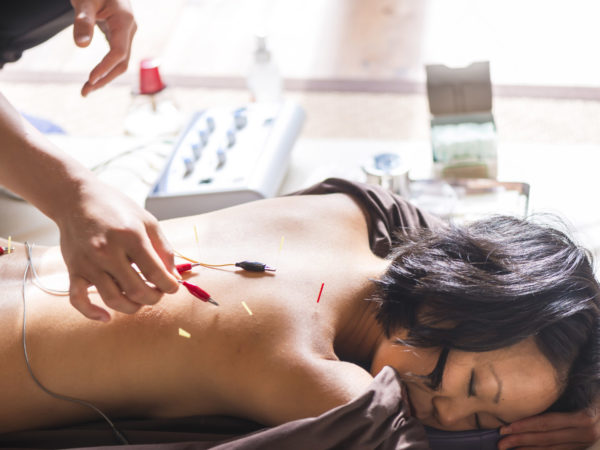 Electroacupuncture is pretty much what it sounds like – acupuncture needles attached to a device that generates electrical pulses. A few studies have suggested that it might be useful for addressing specific medical problems, but there is no evidence to show that it is a valid method of diagnosis. Like bio-energetic testing (also called bioresonance therapy, electrodermal testing, and bio-physical information therapy), electroacupuncture used for diagnosis is based on the notion that electromagnetic frequencies emitted by diseased organs and cancer cells are different from those emitted by healthy cells. I’ve seen no scientific evidence supporting that idea or the use of any of these devices or methods.

However, electroacupuncture has been studied to determine its efficacy as a treatment. In 2006 the Cochrane Collaboration, which reviews scientific studies, looked at various types of acupuncture for relief of vomiting due to chemotherapy and found that electroacupuncture showed a benefit; it also said that more study is needed to determine how helpful it is. The reviewers concluded that the method should be tested alongside new drugs known to relieve vomiting.

In another review, Cochrane researchers looked at electroacupuncture for treatment of rheumatoid arthritis. While the participants in the study reported a significant decrease in knee pain, the reviewers concluded that the poor quality of the study and the small sample size preclude recommending this type of treatment. In 2009, a study from Pakistan published in the journal Pain found that 10 days of electroacupuncture treatment led to a greater reduction in pain than a sham treatment performed on a control group. However, this study was a small one with only 40 patients participating.

Future studies may determine that electroacupuncture has value as a clinical therapy, but, again, I’ve found no evidence that it is scientifically validity as a diagnostic tool.