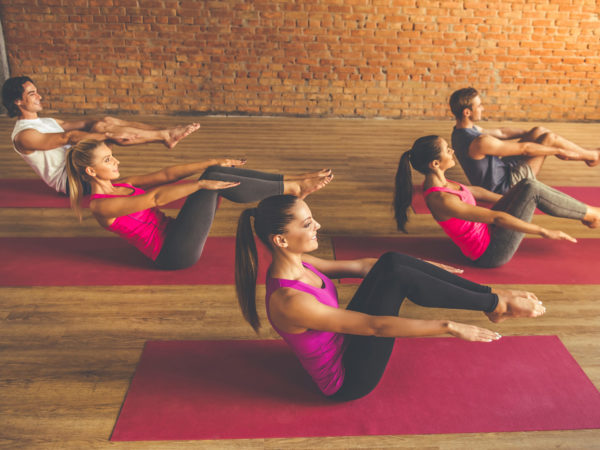 We don’t typically think of yoga as a form of aerobic exercise – the type that raises your heart rate and increases your body’s use of oxygen, like brisk walking, running, biking and swimming. Yoga stretches and tones muscles, increases flexibility and promotes balance. Beyond that, it has beneficial effects on the nervous system that lead to deep relaxation and can help neutralize the harmful effects of stress.

However, two studies published recently (2016 and 2017) suggest that “high speed” yoga, which is performed a lot faster than usual, can deliver the benefits of aerobic exercise. And a review published in 2016 suggested that while yoga generally is regarded as a light-intensity activity, a few specific sequences of postures, including repetitive sun salutations, met the criteria for moderate-to-vigorous-intensity activity and are comparable to the energy costs of a three-mile-per-hour walk.

The two latest studies, from the University of Miami, looked at the aerobic effects of yoga when its traditional motions were done at a much faster pace. The researchers recruited 22 men and women, all of whom had experience doing yoga and asked them to perform as many sun salutations as they could in eight minutes. The idea was to transition from one pose to another at four times normal speed. All the participants were equipped with electronic devices to measure their energy expenditure and muscular activity.

Results showed that this high-speed yoga burned an average of 48 calories per eight minutes, compared to only 29 calories when the same sequence was practiced at standard speed. Study leader Joseph Signorile, a professor in the Department of Kinesiology and Sport Sciences, said that the effort involved in transitioning from one pose to another IS similar to that required for sprinting.

This is the kind of workout you might experience with Power Yoga, which is done faster and at higher intensity than usual and may qualify as aerobic. Ordinarily, few are intensive enough to give you an aerobic workout, but yoga researcher Enette Lawson-Meyer of the University of Wyoming lists these poses as exceptions:

She also has noted that moving more quickly as you transition from pose to pose will give you a more intense workout, as will simply practicing yoga more frequently. She theorized that the more experienced you are, the likelier you are to expend more energy in order to deepen yoga poses. 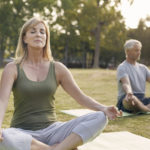 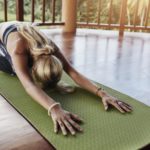 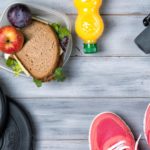 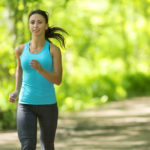