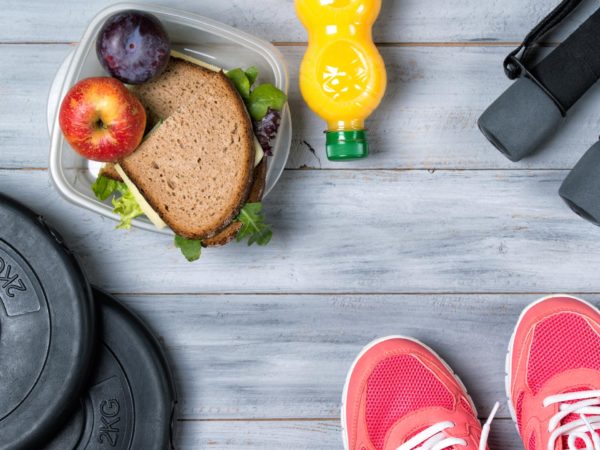 There seems to be a lot of confusion on this issue, so I discussed it with Dan Bornstein, Ph.D., my former personal trainer, now assistant professor, Department of Health, Exercise, and Sport Science, The Citadel, the Military College of South Carolina. Dan’s short answer is “It depends.” He notes that if your primary exercise goal is to lose body fat, some evidence suggests that working out on an empty stomach may be beneficial, especially for overweight men.

This finding comes from a study published this year (2017) in the American Journal of Physiology – Endocrinology and Metabolism. Researchers from the University of Bath in the UK looked at a group of 10 overweight men who walked for an hour at 60 percent of their maximum oxygen consumption on an empty stomach. On another occasion, they completed the same walk two hours after eating a high-calorie, carbohydrate-rich breakfast. Blood tests after each exercise session showed that gene expression in adipose (fat) tissue differed significantly when the men performed their walks after fasting or after eating. The difference indicated that stored fat was used to power exercise on an empty stomach, but was not significantly affected when the men exercised two hours after breakfast.

On the basis of these findings, Dan suggests exercising on an empty stomach if you want to use stored body fat as fuel. (Because only men participated in the study, we don’t know if the findings apply to women.) Dan adds, however, that the findings don’t reveal anything about the potential long-term benefits of exercising on an empty stomach in regard to overall loss of body fat, and whether it would lead to improvements in cardiovascular or musculoskeletal fitness or lean muscle mass. If any of those are your goals, Dan says you’ll have to work out at higher intensity, which you may not be able to achieve on an empty stomach.

When you perform physical activity at high intensity, you draw on fuel immediately available to your body – the glucose and glycogen stored in muscle – rather than on fat stores. Here, Dan says you’ll do better exercising a few hours after eating

He also explains that there are four different systems for metabolizing fuel for muscular contraction, but the relative contribution of any one of them at any one time is a function of the intensity of exercise.

All told, Dan advises if you’re exercising for anything other than fat loss, you’re better off scheduling your workout two to three hours after eating a sensible, balanced meal. Do that regularly and you should also improve your cardiovascular and musculoskeletal fitness and may lose weight as well. 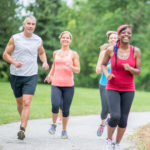