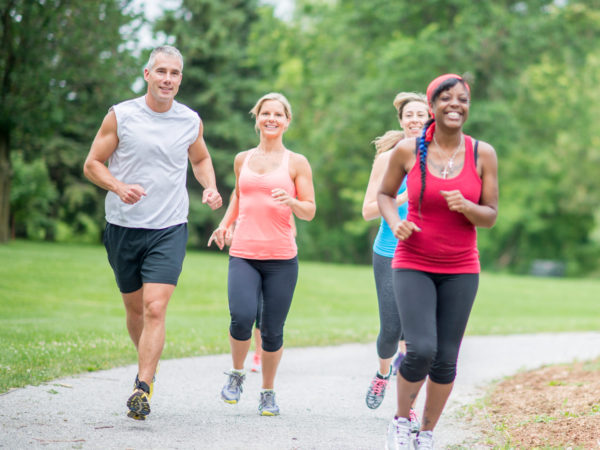 You’re likely referring to results of an investigation from an international team of researchers who recently looked at this question. They analyzed data from 36,370 men and women age 40 or older who had participated in health surveys in England and Scotland. The surveys revealed how much alcohol the participants drank, how often they indulged and how much they exercised. After following this group for an average of nearly 10 years, the investigators found that participants who performed the amount of moderate aerobic exercise recommended in the UK (and the U.S.) – 30 minutes daily, five times a week – and didn’t drink to excess were at lower risk of early death than those who drank the same amounts and didn’t get as much exercise, or didn’t exercise at all.

Overall, drinking alcohol was associated with higher rates of death from any cause and a higher risk of death from cancer. Coincidentally, another study published a few weeks earlier identified a causal connection between drinking alcohol and seven different types of cancer – of the pharynx, larynx, esophagus, liver, colon, rectum and (female) breast. That study concluded that drinking any type of alcohol – beer, wine or spirits – led to approximately 500,000 cancer deaths in 2012.

The newer study found that drinking alcohol didn’t increase the risk of cancer or other causes of death among people who performed the recommended amount of exercise as long as they didn’t consume more than about one to two alcoholic drinks a day. Getting more than the recommended amount of exercise didn’t make a difference in the death rates no matter how much or how little alcohol an individual consumed. The researchers also reported that occasional drinking – defined as not having had a drink in the previous week – as opposed to regular drinking, was linked to a reduced risk of cardiovascular disease among people who exercised the recommended amount.

Not surprisingly, exercise didn’t help when alcohol consumption was considered hazardous – 8 to 20 drinks per week for women and 21 to 49 drinks weekly for men.

Because this was an observational study, it doesn’t prove that exercise prevents deaths related to alcohol consumption. Instead, it reveals an association between physical activity and the health effects of drinking alcohol. Earlier research had suggested that alcohol consumption and exercise may share common biological disease pathways “but (act) in opposite directions,” the researchers wrote.

We know that aerobic exercise such as walking, jogging, swimming or biking benefits cardiovascular health, helps with weight management, and improves emotional well-being. This study gives us another good reason to exercise regularly, especially if you drink alcohol. I recommend at least 30 minutes of brisk walking, five days a week.