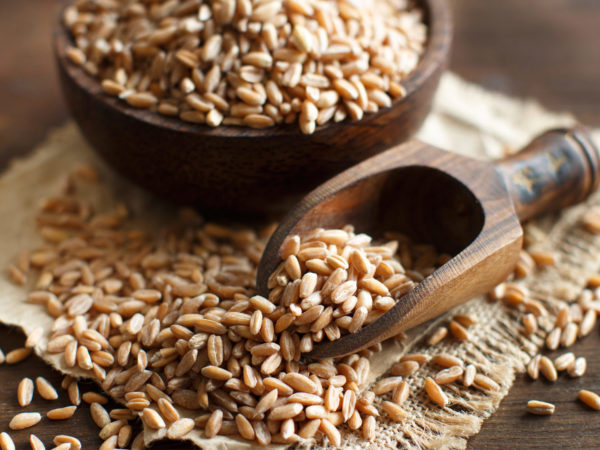 Gluten is a protein in wheat that makes dough elastic. It is also present in some other grains. If people with celiac disease, an inherited autoimmune disorder, consume gluten, it damages the small intestine. Rye, barley, and oats may trigger celiac disease in some people as well. The only treatment is a gluten-free diet for life. If you have true celiac disease, eating even a small amount of this protein can cause intestinal damage.

In people who do not have celiac disease, grains do not cause inflammation or damage the gut – if they are consumed in whole or cracked form. But when grains are milled into flour, the starch they contain becomes a high-glycemic-load food. That means it rapidly converts to glucose, causing rapid rises in blood sugar that promote the formation of AGEs – advanced glycation end products, and these combinations of sugars and protein are pro-inflammatory. That’s why my anti-inflammatory diet includes moderate portions of whole or cracked grains but minimizes consumption of products made with flour. Note that “whole wheat flour” and “whole wheat bread” do not provide whole or cracked grains.

A study published earlier this year (2016) from Columbia University Medical Center found that some people develop a systemic immune reaction and intestinal cell damage after eating wheat, even though tests have established that they do not have celiac disease. The researchers noted that while there are no accurate figures for the number of people affected, it’s estimated that this condition may be more prevalent than celiac disease. However, lead researcher Armin Aledini, Ph.D. has been quoted as saying that the study did not confirm that gluten was the cause. For that reason, the investigators refer to the reaction as non-celiac wheat sensitivity, even though removing wheat from the diet eliminated the symptoms.

Reportedly, eliminating grains containing gluten can also lead to an improvement of inflammation-related symptoms of arthritis. Some doctors now recommend that patients with autoimmune diseases such as rheumatoid arthritis and type 1 diabetes be tested for celiac disease. According to the Arthritis Foundation, some research has found that people with Sjögrens syndrome, psoriatic arthritis and lupus may have an increased disposition towards celiac disease or gluten sensitivity. However, experts say that if you have arthritis, it’s not a good idea to try a gluten-free diet before being tested for celiac disease, because the change may render the test results inaccurate.