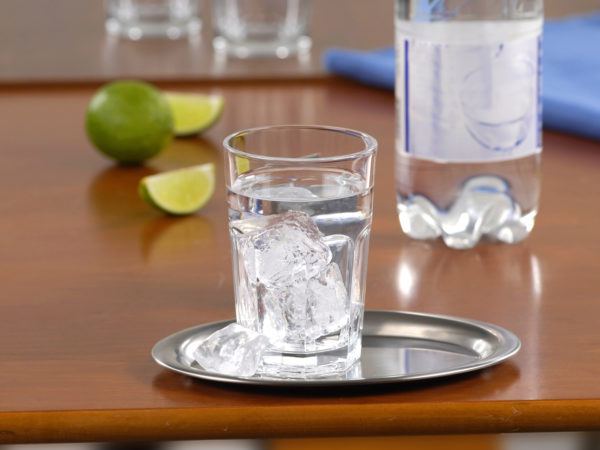 There’s nothing wrong with drinking seltzer water. Seltzer, club soda and tonic are all carbonated water. Of the three, seltzer is the simplest – it is just water that’s been infused with carbon dioxide gas to give it its fizz. Club soda is slightly different – in addition to carbonation some salt or potassium salts have been added to neutralize the acidity. Mineral water comes out of springs and may or may not be carbonated in its natural state. If not, the manufacturer may add carbonation. What these three types of water have in common is that they are all generally thirst quenching, hydrating and calorie-free.

Tonic water is different. Really, it is a type of soda: carbonated water that is sweetened and flavored with quinine. Unlike seltzer, club soda and mineral water, tonic water contains 124 calories per 12-ounce serving, a bit shy of the 150 calories per 12 ounces of coke.

The idea that drinking seltzer water erodes dental enamel has been suggested online for many years. While it’s true that seltzer is weakly acidic from the carbonic acid created when carbon dioxide under pressure is added to water, it is unlikely that the acidity of seltzer and other non-sweetened fizzy waters, including mineral water, is strong enough to damage enamel. In fact, a 2001 study from the UK found very little potential for dental erosion from carbonation. Sweet soda, on the other hand, can hurt your teeth, especially colas because of their high acidity and sugar content. In addition, a study published in 2006 found an association between drinking colas and significantly lower bone mineral density in the hips in women (but not in men). The same results were seen for diet cola but not for any non-cola sodas. Another study found that carbonated water doesn’t leach calcium from bones.

Some mineral waters can provide you with calcium, but the amount you get depends on how much is in the product you’re drinking and how much you consume. A study from Germany published in 2017 found no significant difference between how well calcium was absorbed from three different brands of mineral water, milk or a calcium supplement, each of which provided 300 mg of calcium. However, the researchers reported that to get the 1000 mg of calcium daily that Germany recommends for adults you would have to consume two liters (eight cups) of mineral water that provided 500 mg of calcium per liter. My only reservation about relying on mineral water to boost your calcium intake is that some brands are high in sodium and should be avoided by people with high blood pressure.

If you enjoy seltzer, there’s no reason to stop drinking it. The standard recommendation for hydration is at least eight 8-ounce glasses of water a day, although I’m not sure you need to force that much down. But whether you prefer still or fizzy water, try to drink reasonable amounts throughout the day, and more than you think you need.