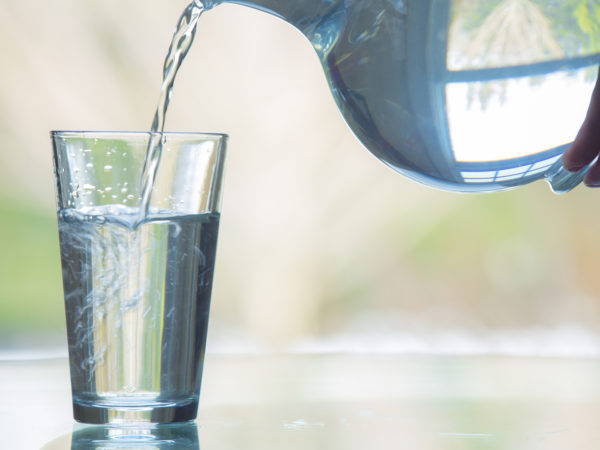 “Raw water” is a term used to describe water from springs instead of from the tap. It is billed as unfiltered, untreated, unsterilized and yet safer to drink than tap water. That’s a questionable assertion, although I do have serious reservations about tap water. Commercialization of the raw water trend appears to have arrived in the San Francisco area where 2.5 gallons of the stuff can retail for as much as $36.99. Proponents of raw water disparage tap water, in one case describing it as “toilet water with birth control drugs” and stating that fluoride in it is a “mind control drug that has no benefit to our dental health.”

Despite the claims, I’ve seen no evidence that raw water is better for your health than tap water. Since it is unregulated, we have no proof that spring water actually is as pure as it is claimed to be. Untreated water can contain dangerous microorganisms that can cause diarrhea or serious disease, including cholera or typhoid.

Despite what raw water purveyors claim, fluoride can promote strong teeth and enamel and prevent cavities. The addition of fluoride to most public water supplies is credited with a 40 to 60 percent reduction in tooth decay in both children and adults who live in fluoridated communities. The U.S. Centers for Disease Control and Prevention deems fluoridation of drinking water one of the “Ten Great Public Health Achievements” of the 20th century.

I have always recommended drinking high-quality bottled water or, if possible, getting a water-purification system for your home. Before you spend any money on a filtration system, however, find out what’s in your water – have it tested for contaminants such as lead, fluoride, chlorine, arsenic and nitrates, sulfates, herbicides, and pesticides, as well as parasites, coliform bacteria and other microorganisms (Don’t rely on the free testing offered by companies selling water purifiers – they’re not thorough enough. Instead, use an independent lab – you may find you don’t need a home purifying system). State and local health departments often do free tests for bacterial contamination, but to find out about toxic substances, you’ll need the services of a private testing lab. The cost of testing for a range of common contaminants can run to more than $100, but the investment is worthwhile it if saves you the price of a purifying system.

In my home and offices I use a PW4HD3 distiller (PureWater4Health.com, 520-303-1646) that can be mounted under the sink, works silently, produces cool water (some distillation systems produce hot water when the unit is replenishing its storage reserve), and is self-sterilizing. This unit comes with a built-in pump, automatic drain, and all the hoses, fixtures, and “extras” that end up adding to the price of other purification systems.

Source:
Lindsey Bever, “‘Raw water’ is the latest health craze. Here’s why drinking it may be a bad idea,” Washington Post, January 4, 2018; washingtonpost.com/news/to-your-health/wp/2018/01/03/raw-water-is-the-latest-health-craze-heres-why-drinking-it-may-be-a-bad-idea/?utm_term=.775fec252c75 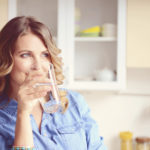 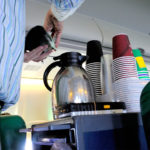 Is Airplane Water Too Dirty To Drink?