I’m often asked about food combining, probably because a number of books have popularized the notion that certain combinations can be harmful – to general health or to efforts to lose weight. Historically, combining of certain foods has been forbidden by various religions and health movements. The Jewish dietary laws prohibit combining dairy and meat products. Here, the origins appear to be a Biblical recommendation not to "boil a kid in its mothers’ milk" although in ancient times, food safety considerations may also have played a role.

Ayurvedic medicine also has rules about incompatible food combinations based on the idea that some foods are toxic when combined and some – deemed unsuitable to an individual’s constitution – may affect the body’s ability to resist disease. You can find any number of fad diets that make claims that certain combinations of food are either good or bad for you.

From a medical point of view, there really is no reason to avoid any food combination except those that you find distasteful or physically unsettling. The human body is built to handle whatever foods you consume, regardless of whether you eat them separately or together. That said, some people do find that certain foods or food combinations upset their stomachs or cause flatulence. Since you asked about fruit, you might be interested to know that for some people combining fruit with starches causes flatulence.

Whether or not certain foods or food combinations are problematical is a very individual matter, but unless you have an actual allergy, most of the symptoms stemming from eating a specific food or food combination that disagrees with you are likely to be relatively mild and minor. I should note, for the record, that true food allergies are rare, although many people are bothered by intolerances to specific foods that may trigger physical symptoms. 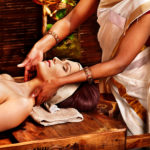