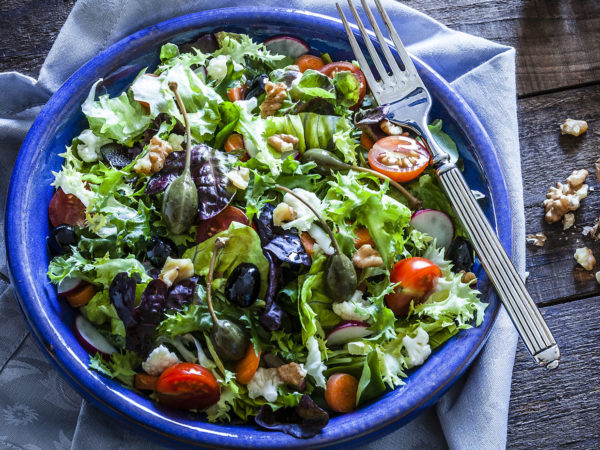 What Is The Vegetarian Diet?

How Healthy Is The Vegetarian Diet?

Vegetarian diets tend to be lower in calories, saturated fat and cholesterol and higher in fiber, potassium and vitamin C than most other ways of eating. Vegetarians tend to weigh less than meat-eaters, have lower levels of LDL cholesterol, and lower rates of heart disease and cancer.

Research also suggests that the more vegetarian your diet, the lower your risk of metabolic syndrome, high blood pressure, and diabetes. Seventh Day Adventists who are vegetarians have less coronary heart disease and lower rates of some cancers. They also tend to live longer than Adventists who eat meat.

Research published in 2012 found that avoiding meat, fish and poultry leads to more frequent reports of positive mood. The researchers, from Benedictine University in Illinois and Arizona State University, noted that in general, vegetarians report better mood than omnivores. The investigators also observed that omnivores whose diets are rich in fish have a lower risk of depressive symptoms than others who don’t eat much fish.”

A vegetarian diet can leave you short of certain micronutrients, including iron, calcium, zinc and vitamin B12 unless you’re consuming cereals, breads and other foods fortified with them.

How Popular Is The Vegetarian Diet?

A Gallup poll published in August 2018 found that there are fewer vegetarians than you might think – only five percent of the U.S. population identifies as vegetarian. Another three percent report being vegans. These numbers have changed very little since Gallup began asking about dietary patterns in 1999. Of those Americans age 30 to 49, eight percent are vegetarians. Seven percent of those between age 18 and 29 identify as vegetarians. Only three percent between the ages of 50 and 64 say they are vegetarians as do even fewer, only two percent, of those over 65. Even so, Gallup reported that in 2017, sales of plant-based foodS grew 8.1 percent exceeding $3.1 billion.

General Principles Of The Vegetarian Diet

Health issues often underlie the adoption of a vegetarian diet, as do economics in those cases where people can’t afford to eat meat. For many years, a major reason for becoming a vegetarian was concern about animal welfare. Although that still holds true, other issues also motivate people including the environmental impact of raising animals for food and the use of antibiotics and hormones in livestock.

A healthy vegetarian diet relies on plenty of plant foods, including whole fruits and vegetables, legumes and nuts and whole grains. You can get protein from beans and peas, nuts and soy products including tofu and tempeh. Vegetarian diets can include a wide variety of popular dishes including many ethnic foods from Italian, Middle Eastern, and Indian cuisine. Be aware that you can undermine the health benefits of a vegetarian diet by consuming too many processed foods, which while technically vegetarian can be high in calories, sugar, fat and salt. And, unfortunately, many young people think a vegetarian diet means eating macaroni and cheese every day.

How Many Calories On A Typical Vegetarian Diet?

Vegetarianism is a lifestyle choice, not a weight-loss strategy. For that reason, there is no limit to the number of calories you can consume, unless you’re trying to lose weight. In that case, you have to determine your daily calorie count based on your eating and exercise habits and reduce it. Eating plenty of vegetables, fruits and whole grains can be very filling as well as providing fewer calories than diets that include meat.

Health and nutrition experts view a plant-based diet as beneficial and are aware that most Americans don’t consume enough fruits, vegetables, legumes, and whole grains. A medical review of studies of vegetarian and vegan diets published in 2017 found that compared to meat eaters, vegetarians and vegans have significantly lower body mass index (BMI) and lower levels of total cholesterol, LDL cholesterol and glucose. It also identified a 25 percent reduced risk of incidence of ischemic heart disease and death due to this condition, as well as an eight percent lower risk of cancer.

Dr. Weil finds it interesting that much of the current enthusiasm for vegetarian eating stems from increased awareness of the health benefits of this type of diet rather than from ethical concerns, as was often the case in the past (and remains a very important issue for some). He was a lacto-vegetarian from 1970 to about 1987, when he began to eat fish. He says he knows from personal experience that a vegetarian diet can be both healthy and satisfying. He has observed that it is easier to be a vegetarian these days than it used to be, with an abundance of available products that fit into the diet and more restaurants than ever offering meatless options. 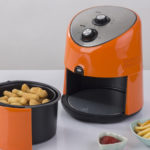