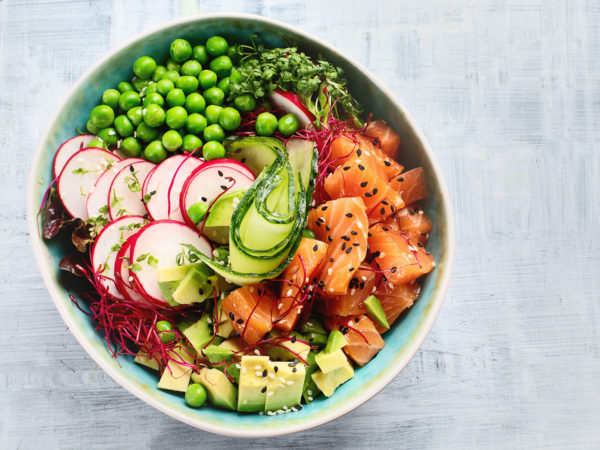 What Is The Paleo Or Paleolithic Diet?

Also known as the Stone Age diet, the Hunter-Gatherer diet and the Caveman diet, this eating plan attempts to recreate the dietary habits of early human beings living during the Paleolithic era, dating from 2.5 million to 10,000 years ago, before the advent of farming. They mostly ate wild greens, tubers, fruits and nuts, all of which have abundant vitamins, minerals, and fiber, as well as fish and animal foods when they could. They managed without salt, sugar, dairy foods, vegetable oils, and grains. Our distant ancestors had a healthier way of eating than we do, although it is unlikely that we would find many of the foods they ate appealing. Along with greater physical activity, their diet probably protected them from diabetes, heart disease, and other chronic diseases that affect us. (Of course, their life expectancy wasn’t close to what ours is today.)

How Healthy Is The Paleo Diet?

With its avoidance of processed foods and abundant vegetables, fruit, nuts and high-quality protein, the Paleo diet has some useful healthy guidelines. By eliminating whole grains and legumes, however, you lose out on good sources of fiber and by eliminating dairy products your intake of calcium may not be adequate. Even so, studies comparing the Paleo diet to the Mediterranean diet have shown that eating Paleo can lead to more weight loss, improved glucose tolerance, better control of blood pressure, lower triglycerides and better management of appetite. There have been no clinical trials, however, to evaluate the long-term health benefits and risks of the Paleo diet.

According to the 13th annual food and health survey from the International Food Information Council, the Paleo diet was the second most popular eating pattern in the United States in 2018, down from the most popular diet in 2013 according to other sources. The 2018 survey found that seven percent of Americans were going Paleo.

General Principles Of The Paleo Diet

The Paleo diet is based on the “discordance hypothesis,” which holds that today’s chronic diseases result from dietary and activity patterns that differ from those of our hunter-gatherer predecessors. Compelling as this hypothesis may appear, some archeological research indicates that long before the advent of farming, some humans were eating wild grains as long as 30,000 years ago, and more recent genetic changes may have made it easier for us to digest and assimilate dietary starches. The Paleo diet is one of several popular diets reviewed on DrWeil.com.

The modern-day version of the Paleo diet encourages consumption of lots of vegetables, nuts and seeds and some fruit, primarily berries, plus high-quality protein in the form of wild-caught fish, organic eggs and free-range beef and chicken. You also can use olive oil and oil from nuts, primarily walnut oil. Strictly following the diet requires eliminating wheat, soy, sugar, legumes, peanuts, starch, sugar and caffeine.

How Many Calories On The Paleo Diet?

You may be able to lose weight on the Paleo diet without counting calories. Eliminating processed foods, fast foods, sugar, and other quick-digesting carbohydrates favors weight loss, but if you consume a lot more meat than you’ve been accustomed to, you could gain. A Swedish study published in 2008 found that 14 medical students (five male and nine female) who followed a Paleo diet for three weeks lost 5 pounds and about a half inch of waist circumference on average. Their systolic (top number) blood pressure dropped by three/mm of mercury. Another study, published in 2014, compared the effects of a Paleo diet with those of a standard low-fat diet on 70 obese postmenopausal women.  The Paleo group lost an average of 14 pounds of fat in six months compared to 6 pounds for those on the low-fat diet. Over a year, the women in the Paleo group lost an average of 19 pounds compared to 10 pounds for those on the low-fat diet. Whether or not the diet can help you lose weight and keep it off depends on how committed you are; because it is so restrictive, many people can’t eat the Paleo way for long.

Medical opinions on the Paleo diet vary. A panel of doctors and nutritionists assembled by U.S. News & World Report for its 2018 “Best Diets” issue were critical of the diet’s effectiveness for preventing cardiovascular disease and also found it difficult to follow. They ranked it 32 in ratings of 40 different diets. The upside is that switching from processed foods is a healthy change. But key to the purported benefits of a Paleo diet for our ancestors was their way of life – living outdoors, in nature, and being very active, something that few people in the modern world can faithfully replicate.

Dr. Weil agrees that strictly avoiding processed and manufactured foods is a worthy goal and feels that a Paleo regime can lead to better health. While he says there is no harm and some potential benefit in trying the Paleo diet, he believes the diet is too restrictive for most people to stick with long term. Instead, he feels that success is more likely for most people if they regard it as healthy direction, rather than as a strict set of guidelines from which one can never deviate. He favors inclusion of some whole grains and legumes. Another problem: wild game and grass-fed animals may be too expensive for many people.

Osterdahl et al, “Effects of a short-term intervention with a paleolithic diet in healthy volunteers.” European Journal of Clinical Nutrition, May 2008 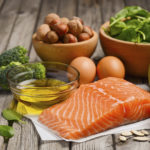 How To Eat The Anti-Inflammatory Diet 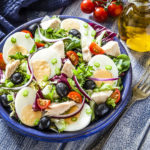