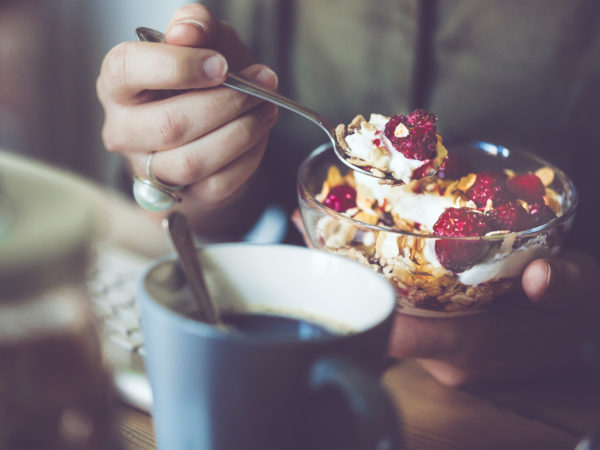 Changing your diet may help you lose weight, but it won’t affect your thyroid function. A thyroid deficiency (hypothyroidism) can lead to weight gain because thyroid hormones influence the body’s basal metabolic rate (BMR), the rate at which we burn calories. However, these hormones aren’t the only factor involved. Many other (non-thyroid) hormones play a role, as do several regulatory compounds, all of which influence energy intake (the amount of calories you consume), energy expenditure (the number of calories you burn) and, as a result, body weight.

If you think you have a thyroid problem, see your physician. He or she can order simple blood tests that can answer the question, one way or the other. If you do have an underactive thyroid, you’ll need to take medication to get your hormone levels back in the normal range. Correcting a thyroid deficiency could result in some weight loss – or perhaps simply prevent weight gain – but taking supplemental thyroid hormone isn’t a magic bullet for maintaining energy balance. Because this is such a complex process, there’s no way to predict what influence the treatment for low thyroid function will have on weight. And even if a thyroid deficiency is appropriately corrected, you can still gain weight if you take in more calories than you burn.

Serotonin is a neurotransmitter that, among other functions, helps regulate appetite. High-carbohydrate meals may increase your serotonin levels, but this varies from person to person. I wouldn’t depend on diet for this; you could get a brief boost from a candy bar, but even if you do, it won’t last. The impact of more-complex carbohydrates is less clear. Paradoxically, while protein-rich foods contain tryptophan, an amino acid that is the metabolic precursor of serotonin, these same foods have been found to block serotonin production.

Promoters claim that the dietary supplement 5-HTP (5-hydroxy-L-tryptophan), which is converted in the brain to serotonin, can promote weight loss by reducing appetite. I’ve seen only three small studies supporting this idea. The latest, published in 2009, lasted only eight weeks and included only 27 overweight women. It concluded that the type of 5-HTP used – a sublingual spray product – reduced appetite and could be safely used in a weight-loss program but reported no evidence of significant difference in weight loss among the participants who used the spray and those who didn’t. I doubt that taking 5-HTP (or anything else) to boost serotonin levels will help you lose weight. Be aware that anyone taking any type of antidepressant medication should avoid taking 5-HTP supplements except under a physician’s supervision. Side effects include nausea, constipation, flatulence, drowsiness, and reduced sex drive. In high doses, 5-HTP may cause liver problems and aggravate asthma. Women who are pregnant or planning to become pregnant should also not take it.