Working Out May Slow Alzheimer’s 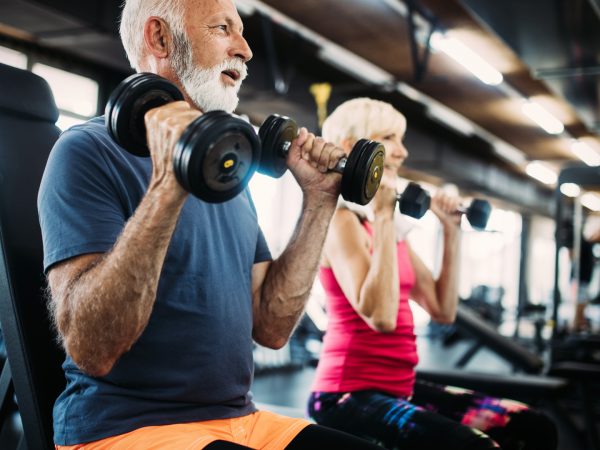 Investigators at the University of Texas Southwestern Medical Center reported slower degeneration of a part of the brain key to memory when the people affected by Alzheimer’s disease exercised regularly for a year. The underlying problem is an accumulation of amyloid beta in the brain – a hallmark of Alzheimer’s disease. No treatment exists to reduce this amyloid beta, but study leader Rong Zhang said if the new findings can be replicated in a larger trial, one day doctors may be able to advise high-risk patients to start an exercise plan.

The study included 70 participants ages 55 and older who were having memory problems. One group did at least a half hour of aerobic exercise four to five times a week while those in the other group did flexibility training. Afterward, brain imaging comparisons showed that the exercisers who had amyloid buildup had slightly less reduction of the volume in their hippocampus, a memory-related brain region that deteriorates as dementia takes hold. We may learn more about the effects of exercise on the risk of Alzheimer’s from an ongoing five-year trial following 600 seniors at high risk of the disease.

My take? These latest findings are welcome news. They add to the results of earlier research suggesting that regular exercise appears to lower the risk of developing Alzheimer’s disease (AD). In August of this year (2019) research from the University of Wisconsin School of Medicine and Public Health reported fewer age-related changes in biomarkers linked to AD among physically active people in late middle age at risk for the disease. This research also revealed that among people whose parents had probable Alzheimer’s those age 60 and older who had engaged in moderate exercise for about 30 minutes per day five days a week had fewer age-related changes than their peers who hadn’t exercised regularly.