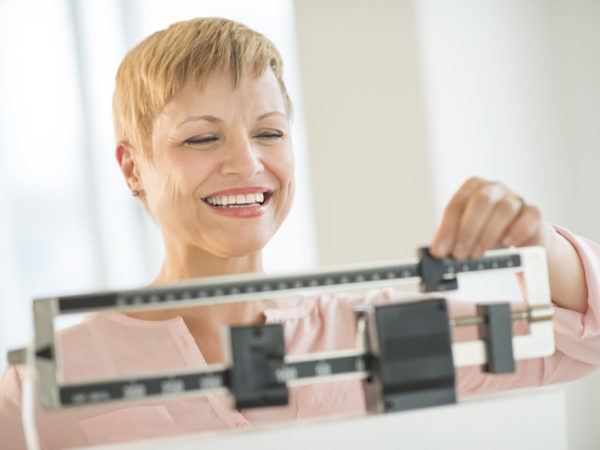 Losing weight could reduce the risk of uterine (endometrial) cancer by 29 percent, regardless of a woman’s age or how many pounds she sheds. In a newly published study researchers from Indiana University also reported that the risk fell by 56 percent among obese women who intentionally lost five percent or more of their weight. The study looked at data from 36,794 women ages 50 to 79 enrolled in the Women’s Health Initiative Observational Study. (More than 75 percent of all cases of endometrial cancer occur in women age 55 or older.) The researchers weighed the women at the study’s start and again 3 years later and asked whether those who lost weight had done so intentionally (involuntary weight loss can indicate illness). For the next 10 years, the team followed the women who had lost weight to identify those diagnosed with endometrial cancer. Results showed that women whose weight loss resulted in a stable, normal body mass index (BMI) had the same risk as women in the study whose weight was normal and unchanged. However, those who gained more than 10 pounds had a 26 percent higher risk.

My take? These findings are welcome since they’re the first to suggest that it is never too late to lose weight to help lower cancer risk. Apart from changing your diet to promote weight loss, it is important to remember that physical activity is also key. We know that getting regular exercise helps protect against colon and breast cancer, and possibly endometrial, lung and prostate cancer. All told, more than 180 epidemiological studies confirm a cancer-protective effect for physical activity.